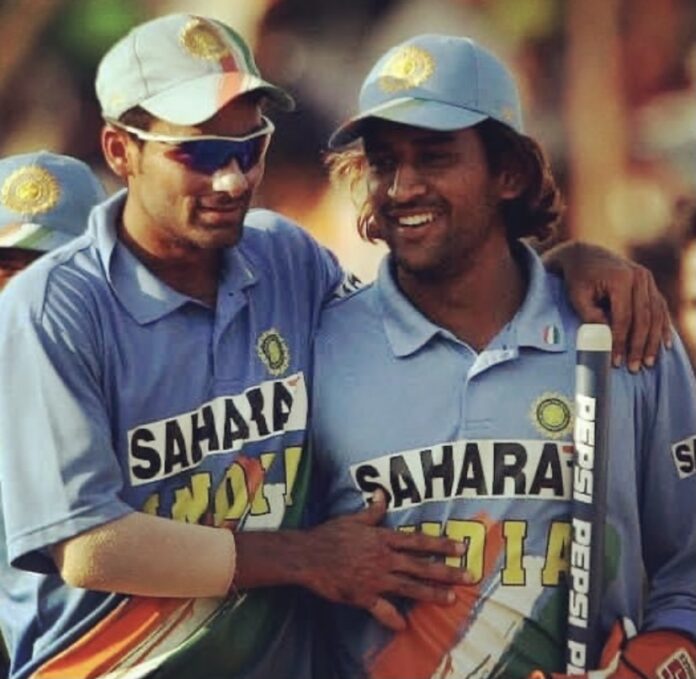 Mahinder Singh Dhoni made his Indian team debut in an ODI match against Bangladesh at Chattogram on December 23, 2004. The long-haired, brown-eyed youngster was run out for a duck off the very first ball he faced in international cricket. As it turns out, one of the finest captains in the world, MSD was also run out off the final ball of his international career.

There was no guard of honor or standing ovation for Dhoni as he left the cricket field wearing the Indian jersey for the final time in his decorated 16-year career, which ended just like it started in 2004 – with a run-out.

“I, Zaheer, Harbhajan and Sehwag, none of us thought MS Dhoni could captain India the way he did’: Mohammad Kaif

Mohammed Kaif scored 80 off 111 balls to help India beat Bangladesh by eight wickets in Dhoni’s debut game for India. Exactly 16 years after Dhoni’s India debut, Kaif recalled the time he spotted a young MS and what was his first impression of him.

Kaif, in a recent interview, revealed that a friend of his had informed him of Dhoni and his big-hitting skills. Kaif, along with the likes of Yuvraj Singh, Virender Sehwag, Zaheer Khan, and Harbhajan Singh, who were all part of the Indian team during Dhoni’s debut game and most of whom went on to play under Dhoni, revealed how none of the players could understand just how good a captain he would become.

“The first time I noticed Dhoni, I was the captain of Central Zone in the Duleep Trophy. And he was playing for East Zone, not as a captain, a wicket-keeper. He had also toured for India A,” a clip aired of Kaif as saying, on the Cricket Connected Show on Star Sports.

“I had a friend in Lucknow who told me ‘Kaif, there is a player. Watch him.’ He has long hair, and I’ve never seen anyone hit sixes as he does. All of us who were playing at that time – I, Zaheer, Harbhajan, Sehwag – none of us thought that he could captain India the way he did, who would lift Indian cricket to such heights,” Kaif added.

Is MS Dhoni the best captain of team India?

Years down the line, when a new generation of fans will look back at the history of Indian cricket, they will remember Dhoni as the man who led the country to a World T20 title in 2007, a World Cup title in 2011 and lifted the Champions Trophy in 2013. Dhoni is the first and only captain to have achieved that in the game so far, and that is a record that could also stand for generations to come.

No cricketer has captained India in more international matches than Dhoni (332). No cricketer has won more matches for India as captain in international cricket than Dhoni (178). No other captain in the game has, indeed, won all three major ICC trophies in white-ball cricket. Those numbers tell you the story of how successful and significant Dhoni’s time as Indian captain was.

Like how ‘The Wall’ is the greatest of nicknames for Rahul Dravid, one has to wonder the same about Captain Cool for Dhoni. Indian fans owe a lot to what Mahendra Singh Dhoni has done for the country by bringing all ICC trophies. That ultimately will be the legacy of Mahendra Singh Dhoni.