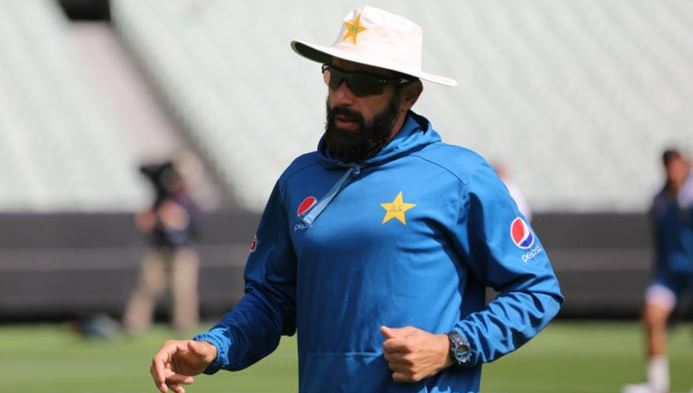 Former Test captain Misbah-ul-Haq on Tuesday emerged as the favorite to take over as Pakistan’s cricket coach after Mickey Arthur was axed following a huge defeat of their team in the recently concluded World Cup.

Misbah who recently stepped down from the Pakistan Cricket Board (PCB) Cricket Committee has shown interest in applying for the national team’s head coach role. He met PCB Director – International Cricket, Zakir Khan, and conveyed his decision to quit from PCB, and he formally applied for the head coach’s role.

“I have resigned from the cricket committee and have applied for the post of Pakistan’s head coach,” – Misbah said.

The PCB cricket committee refused to renew Arthur’s contract after Pakistan failed to reach the semi-final of the World Cup in England and Wales.

The PCB did not open up about the candidates applied for the post. However, Pakistani media said former Australian batsman Dean Jones and ex-West Indies paceman Courtney Walsh were among the applicants.

Former Pakistan player has said that he is fully aware of the toughness in the competition for the role.

“It is interesting to see my name emerging in the media even before I had applied… I envisage there will be a few more very competent and highly qualified people applying for one of the most challenging jobs in the game,” – Misbah added.

Misbah took his retirement in 2017 with a total of 26 wins in 56 Tests as captain. Pakistan is likely to announce their new head coach ahead of the limited-overs series against Sri Lanka starting in Karachi from September 27.