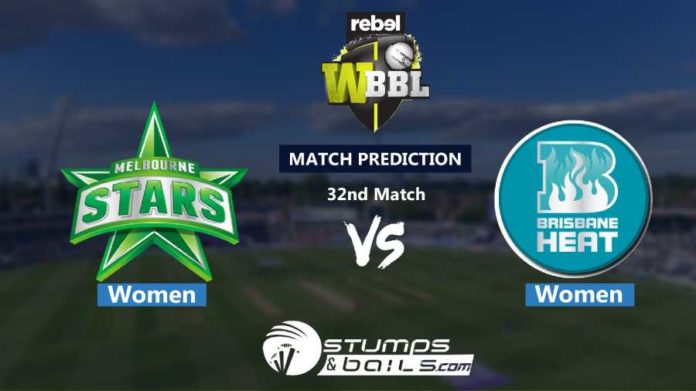 Melbourne Stars’ will face Brisbane Heat in the 32nd match of Women’s Big Bash League at the CitiPower Centre, Melbourne, on November 13.

Struggling Melbourne Stars have so far won just one out of seven matches played in this season. They are at the bottom of the table after losing their last two matches. Despite Mignon du Preez’s great efforts, Stars failed to chase a target of 164/4 in the last match.

On the other hand, Brisbane Heat has so far won four out of seven matches played in this season. Jess Jonassen had a good match both with bowling and batting in the last match against Sydney sixes where they won by 7 wickets and 19 balls to spare.

Brisbane Heat, who has won the last two matches opting to field first, is expected to go with the same team in this match too.

The CitiPower Centre looked to be in favor of bowlers, though the pitch generally is a balanced one in this season of WBBL.

The temperature is expected to be around mid-teens with the wind flow lowering and a very low chance of rain.

Brisbane Heat with the wins in the last two matches and is likely to remain victorious in this match too.