LPL 2022: Final squads of all the teams after Player Draft 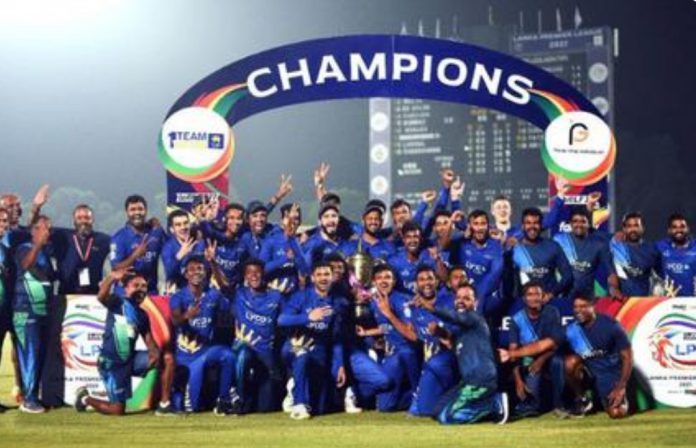 The third season of the LPL T20 tournament in Sri Lanka is scheduled to take place from December 6 through December 23, 2022. The top 4 teams from the standings will advance to the playoffs after the five teams battle against one another in a round-robin style.

The team will be led once more by Angelo Mathews, who was in excellent form last season when he scored 191 runs in 5 games at an average of 47.75. With 277 runs in 9 games, Dinesh Chandimal led the squad in run production.

The top two wicket-takers from the previous season were Seekkuge Prasanna and Dushmantha Chameera; however, Chameera has been traded to the Galle Gladiators for the current season. Both Jeffrey Vandersay and Naveen-ul-Haq, who are still on the Stars roster, picked up 11 and 10 wickets, respectively.

Dasun Shanaka, a Sri Lankan, will serve as the Dambulla Giants team’s captain. His batting average in the previous edition was respectable; he scored 139 runs while taking just one wicket with the ball, but his leadership of the team counts much.

The Giants have acquired Bhanuka Rajapaksa, a strong hitter, from the Galle Gladiators for the 2017 season. Last year, he scored 179 runs in 10 games.

Ben Cutting, D’Arcy Short, Tim Seifert, Sandeep Lamichhane, Haider Ali, and Sheldon Cottrell are part of an international fleet that strongly powers up this side.

While leading wicket-taker Imran Tahir has departed the team, Nuwan Pradeep, who picked up 10 wickets in the last edition, will play for the Giants once more this year.
Captain: Dasun Shanaka

The Galle Gladiators, who finished second in the previous season, suffered a 23-run defeat. The LPL league’s top run scorer, Danushka Gunathilaka, has less chance of making the starting 11 given his recent scandal in Australia.

Kusal Mendis, the captain, finished the LPL 2021 season as the league’s top run scorer with 327 runs scored in 10 matches. Only Mendis will participate this season out of the Gladiators’ four hitters who each scored 100+ runs in the previous year.

Along South the Protea Janneman Malan and the Guyanese cricketer Sherfane Rutherford, the squad also includes players from Pakistan, including Sarfaraz Ahmed, Imad Wasim, and Azam Khan. Nuwan Thushara is the lone top wicket-taker from the previous season.

This year, Thisara Perera will serve as the team’s captain once more, and the team’s potent batting lineup will include foreigners Shoaib Malik and Rahmanullah Gurbaz. In the previous season, Perera scored 190 runs, Malik scored 164 runs, and Gurbaz scored 207 runs. This year, Tristan Stubbs and Evin Lewis will join the Kings’ hitting lineup.

Maheesh Theekshana shared the season’s top wicket-taker honours in bowling with 16 wickets in 10 games. Pakistani pacer Shahnawaz Dahani, Binura Fernando, and Dilshan Madushanka will all be there with him.

Dewald Brevis, a young talent from South Africa, is the most intriguing player to join the team this year. Pathum Nissanka, Sri Lanka’s top T20I batter, is a member of the Falcons team.