IND A Vs NZ A 2nd ODI Match Highlights,Kuldeep Yadav On fire. 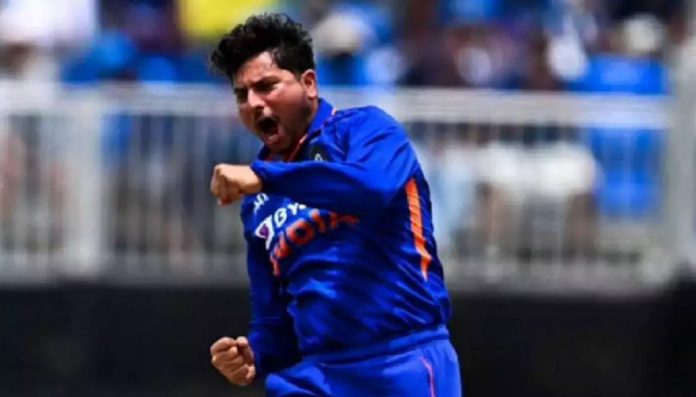 India A team continued their dominant performance in the series as they beat the New Zealand A side by four-wickets in the second ODI of the series on Sunday.

The experienced Kuldeep Yadav first starred with the bowl for India as with the help of his four-wicket haul the hosts managed to restrict the visitors to just 219 runs.

Later, Prithvi Shaw took the charge with the bat and set the tone for victory with his blistering 77-run knock of just 48 deliveries.

IND A Vs NZ A 2nd ODI match highlights

New Zealand started the game on a decent note as they crossed the 100-run mark in the 22nd over of the match. But, as soon as they lose Rachin Ravindra for 61, the visitors then lose another two in quick succession.

Joe Carter, however, was still in the middle and trying hard to stay long at the crease to guide his side to a respectable score. When New Zealand were on 190, Rahul Chahar trapped him and he got out after scoring highest run for his side 72. His knock included one four and three sixes.

After his wicket the other batters only able to add more 29 runs to the scoreboard as New Zealand set a target of 220 in front of India.

Chasing a target of 220 with a series win in mind, Indian openers contributed 82 for the first wicket in just 10 overs.

Gaikwad gone for 30, but Indian batters maintained their destructive approach and added another 59 in just 6 overs before they faced a little shaky situation.

The hosts lost 3 wickets in the span of just 3 runs, including Shaw’s. The right-handed batter smashed 77 off just 48 balls with the help of eleven fours and three maximums.

Quick wickets during the middle of the innings didn’t harmed India much as other batters also followed the same approach and hand India a four-wicket victory over New Zealand A.

The third and the final match of the series will take place on Tuesday, September 27 at the MA Chidambaram Stadium in Chennai.