Team India is currently gearing up for a high-voltage showdown as they are set to take on the Australian cricket team in their home from November 27. The Cricketing gladiators will face each other for three ODIs T20’s and a four-match Test series in the upcoming Border-Gavaskar Trophy.

That said, it will be a long journey for the Indian team. Following the recent IPL season, all the players are super active and are seemingly in form. Thus they aren’t hesitating to replicate the same on social media. 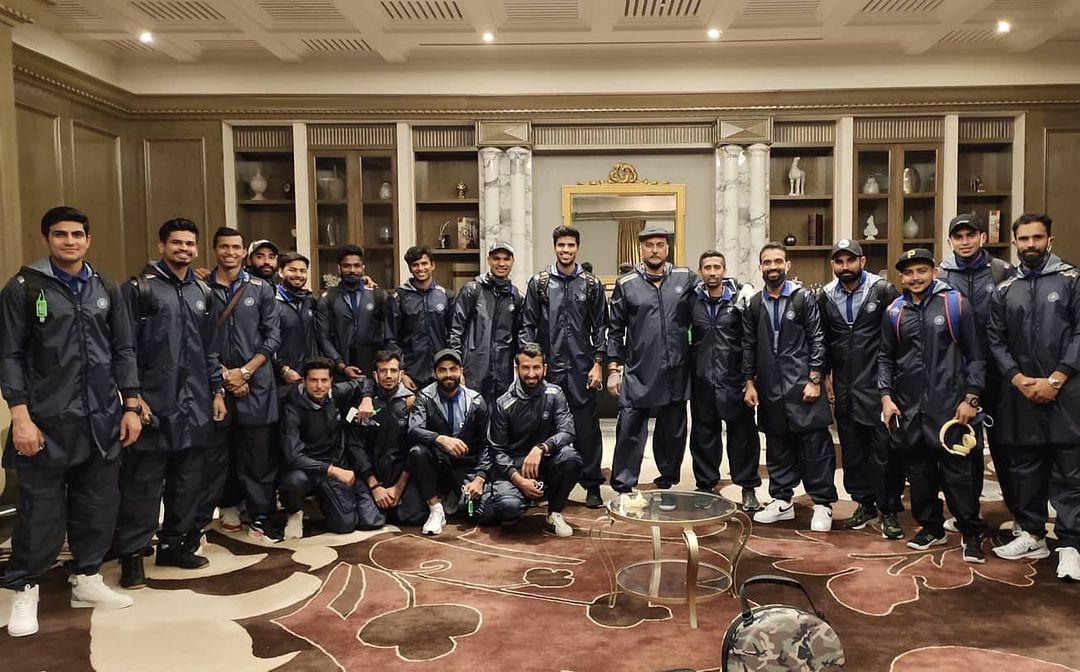 Virat Kohli-led India is full of young sensations who are often billed as ‘fitness-freaks’.  They have already begun their hardcore training before the Australian tour.  Meanwhile, KL Rahul has just intensified the tale by posting a quick clip from his official Twitter handle, citing their ongoing sessions.

Loving the group training sessions 🇮🇳
Had been too long since we all did that 💪🏻 pic.twitter.com/ILsQwzm353

In the video clip, Rahul is spotted doing some basic exercises. He further gives us a tour of the whole camp where the entire team is present. Not only that but we also get a glimpse of Hardik Pandya in the video.

Similar to his antics, the younger Pandya is spotted shirtless, showcasing his chiseled body to the netizens. In the caption, Rahul wrote, “Loving the group training sessions. Had been too long since we all did that.”

The video has already grabbed people’s attention as Indian fans continue to cheer for their team. However, it might not be a walk in the park for them since they have a tough-test in Australia ahead.

India vs Australia- The battle no one wants to miss

Aaron Finch will lead Australia’s T20 squad and has a pool full of young talents. Since they will also have the home advantage, Aussie will seemingly utilize it to the fullest.

Meanwhile, India also has a promising side, and they will give a tough challenge to their adversary. Thus, it will be a total thriller for the fans. There’s no way a cricket fan can afford to miss the upcoming series.