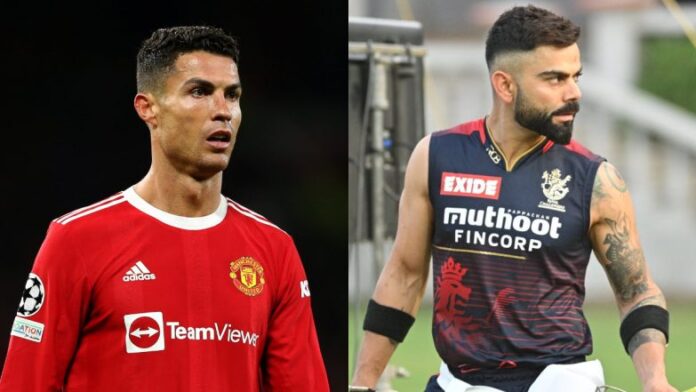 Kohli, who is widely considered one of the greatest batsmen of all time, has been tipped by many to bounce back quickly from his slump. Cricketer turner commentator Kevin Pietersen recently made a comparison between Kohli and football legend Cristiano Ronaldo, explaining how they are both similar brands in their respective clubs.

The Manchester United star player Ronaldo is not just one of the best footballers of all time, but also one of the world’s most popular athletes. Even at the age of 37, the famous footballer is unstoppable and excels in every game in which he participates.

Kohli’s terrible performance in the 15th edition of the IPL had become a significant talking point for everyone. Talking about Virat’s form returning knock, Pietersen said that both Ronaldo and Kohli are similar brands in different clubs

“What he needs to do is to have a look at Manchester United and Cristiano Ronaldo. Two similar brands in their different teams and in their sports. You have Virat Kohli right at the top of cricket, his brand is right at the top of cricket. Cristiano Ronaldo is right at the top of football. One plays for Manchester United, and one plays for RCB and India. Those are big brands and they are going to be talking points. Those big brands also want to maintain their status in the game by winning,” Pietersen told Star Sports. He also said that Virat Kohli is India’s greatest batter.