Virat Kohli, the captain of India, who became the fastest scorer with 11,000 runs, on his Instagram post trolled his teammate Ishant Sharma. Ishant Sharma posted a picture of himself and captioned it “You only live once” on Instagram.

On Ishant’s post, Virat Kohli quickly came up with a cheeky comment. “hamein toh pata hi nahi tha (we did not know this)” Kohli left a comment Instagram. Fans were in splits with India skipper’s cheeky dig. 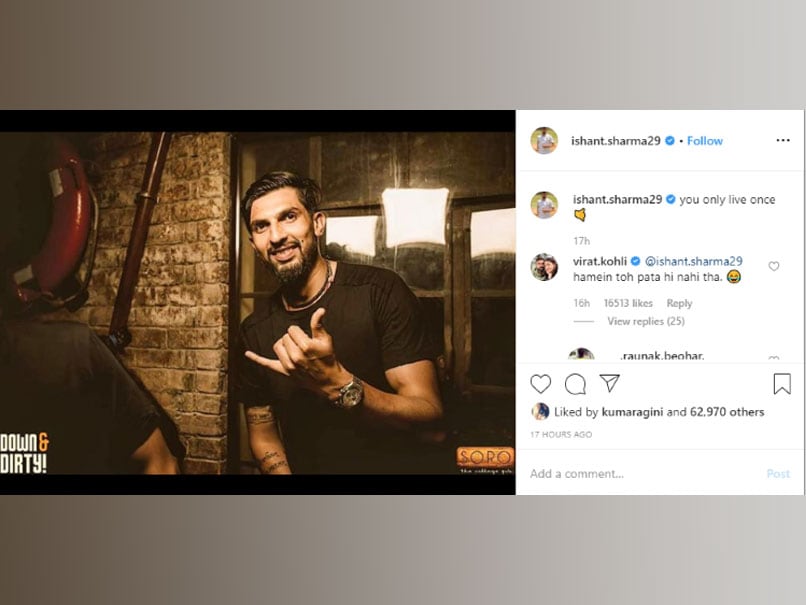 Virat Kohli started the year on the field with a couple of quick knocks. In two innings, the 31-year-old scored 56 runs against Sri Lanka at a strike rate of 164.71.

In Pune, in the third and final T20I, after MS Dhoni Kohli became the second Indian and in the history of cricket to become the sixth captain in the international circuit to amass 11,000 runs.

As a captain in the shortest format, Kohli also went past 1,000 runs in the second T20I. In the three-match Twenty20 International series after beating Sri Lanka 2-0, India will play three One-Day Internationals against Aussies, starting from January 14.

The first ODI will be played in Mumbai on Tuesday,  while the last two matches will be host by Bengaluru and Rajkot, respectively.

Later, India will travel to New Zealand after the home series to play a full tour, including two Test matches, three ODIs and five ODIs.

India sits on the top of the points table of the World Test Championship with 360 points from seven wins out of seven games.