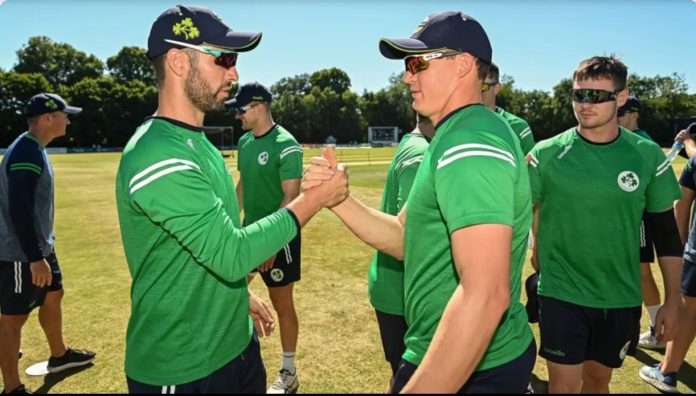 Due to a reoccurring ailment, the 32-year-old Craig Young, who has been an important bowler for Ireland since his white-ball debut in 2014, will miss the major competition. He will go back to Ireland for more evaluation.

According to a statement made by Cricket Ireland on Saturday night. Fast bowler Graham Hume will go to Australia to take the place of the injured Craig Young in Ireland’s Men’s T20 World Cup roster.

The T20 World Cup group stage match between Ireland and Zimbabwe will take place on October 17 in Hobart. They will play two exhibition games in Melbourne, one against Sri Lanka on March 13 and the other against Namibia on March 11, before their key matches in the first round. Today the team will leave for Melbourne.

In a statement, Cricket Ireland’s Mark Rausa, Head of Physiotherapy and Medical Services, stated that “Unfortunately, while we were in Sydney for our T20 World Cup preparation camp, Craig encountered a relapse of a chronic condition that we have been managing for quite some time.”

“Whilst we thought we were on top of the issue, it sadly flared up once we arrived in Sydney and began training. Craig will now return home for an assessment with our medical specialists to plan out his rehab.”

Graham Hume, who will take the place of Young, has only participated in one T20I match since making his international debut in July 2022. He will depart right away for Australia in order to take advantage of Ireland’s two practice matches.

The 31-year-old Hume made his ODI debut for Ireland against New Zealand in July of this year before making his T20I debut against Afghanistan in August.

Hume only has two international matches under his belt despite playing in 98 first-class games, 57 List-A games, and 35 T20 matches. He has yet to take an international wicket.

Young has established himself as one of Ireland’s top bowlers. In T20I matches in 2022, Young is tied for the team’s second-highest wicket-taker total. Ireland will face Zimbabwe in their opening T20 World Cup match on October 17 in Hobart. And his injury is a big setback for them.

They are grouped with Scotland, West Indies, and Zimbabwe in Group B. Where they will compete for one of the two open slots in the Super 12 round.