IPL Mini-auction:3 teams that must go after Sikandar at IPL 2023. 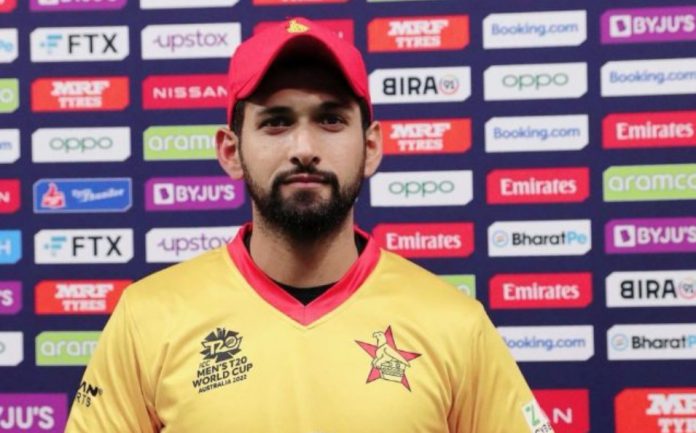 Like other teams, Mumbai Indians are keeping a close on the star all-rounder from Zimbabwe who could be a potential pick in the mini-auction

IPL Mini-auction 2023: With 10 losses and 4 victories, the team captained by Rohit Sharma had one of the worst seasons. They came in at number ten on the standings. The 5-time winner Mumbai Indians enter the IPL 2023 mini-auction on December 23 in Kochi, as they will be looking to upgrade their unit in different aspects.

The off-spin all-rounder Sikandar Raza of Zimbabwe, who was one of the standout performers at the Men’s T20 World Cup, might provide Mumbai’s batting lineup with some depth, according to Indian player Anil Kumble.

The Rajasthan Royals on the other hand will be looking to grab hold of Harry Brook. He is one of the current players who are in top-class form and he was also awarded the man of the series away in the recent ENG vs PAK test match that concluded on 20th December in the favor of England.

The form of Harry Brook would tempt many teams in the roaster, but according to the sources, Rajasthan Royals will be going after Harry at all costs. So it will be interesting to watch the auction sale of Brook’s.

IPL Mini-auction 2023: Small but Enough budget to add a few guns to the team

Mumbai has a budget of INR 20.55 crore to spend in the IPL 2023 player auction. They need to fill nine positions on the squad with that money, and at least three of those positions can go to foreign players. The most successful team in IPL history is eyeing for some top-class players to buy in the upcoming IPL mini-auction.

The firepower is already existing in the Mumbai Indians squad but we need to wait and see how the Mumbai owner goes ahead in the IPL mini-auction.

IPL Mini-auction 2023: Another Spinner in the Rader of Mumbai Indians

Adam Zampa will be another spinner option which Mumbai Indians will be looking to capture if they miss out on Sikandar Raza. Mumbai Indians are indeed looking for a world-class spinner and Zampa could be one of the options.

Zampa and Raza will be two big-name spinners and to get one of them into your team is really difficult but Mumbai will certainly pick one among these two for the upcoming season of the Indian Premier League, 2023.

For all the latest news on IPL Mini-auction 2023, stay tuned to the Stumps and Bails website.