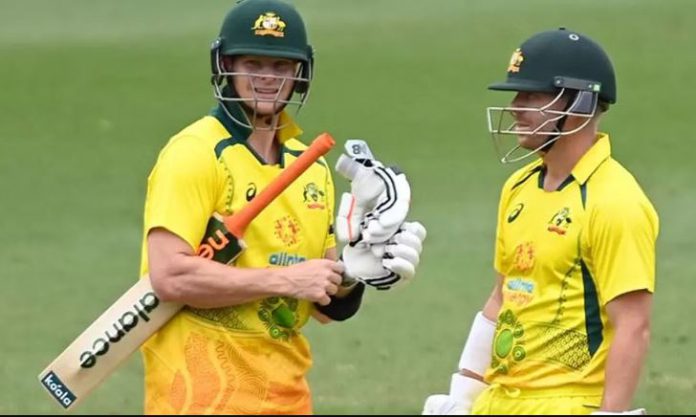 Playing in IPL and Test cricket will be challenging, David Warner to Cameron Green

Australian opener David Warner feels Cameron Green will face a “big call” regarding his participation in the IPL 2023. Warner hints to the all-rounder about possible burnout ahead of the Schedule of IPL 2023.

Green, who has already registered for the IPL auctions, is likely to spend almost half of the season in India for the T20 league.

He also has tours of England and South Africa lined up before next year’s ODI World Cup in India.

Nineteen weeks straight in India, being your first trip there as well can be quite challenging. Then on the back of that, you’ve got five Test matches in England.

“Glenn Maxwell did it a couple of years ago, played the whole year, and then was cooked come the season.

From a youngster’s point of view it’s totally up to him, he decides to make. For the longevity of him and his career, it’s a big call for him as a youngster. Whatever decision he goes with we’ll respect it as players.

Green said he is aware that it is going to be tough but believes he has the right support system to sustain the rigors of the hectic schedule.

“It’s going to be a tough year. I don’t think anyone is disagreeing with that. But it’s a really good opportunity, I think. If you’re playing all three formats and IPL you’re going to be learning a lot about your cricket.

“You might get pushed a little bit with your body. I back that in that I have good resources around me to get through that. And doing everything you can to look after your body and have rests within that. It will be a tough year,” said Green.

“It is a craft that I have not been exposed to too much. I am so open to wanting to learn as much as I can and that is probably one of the best environments to learn in.”

But a highly likely dive into the most cash-rich cricket league on the planet has not put an end to his Test ambitions and hunger.  Gary has been helping ahead of the first Test against West Indies which will start on November 30.

I had a few sessions on the bowling machine trying to change my contact point.

In T20 cricket, you are meeting the ball so far in front of you, so you get that full swing Green Concluded.