IPL 2023 Auction: Woakes on sacrificing IPL chance for the Ashes. 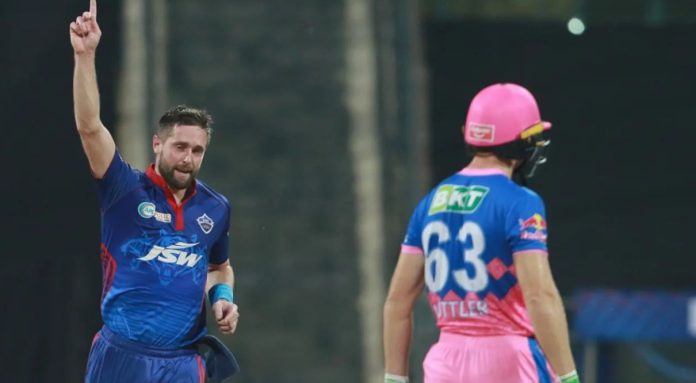 Chris Woakes won’t be taking part in the IPL 2023 Auction and the all-rounder has also explained his decision.

Chris Woakes would have had little trouble finding a team in the next IPL 2023 Auction after just helping England win the T20 World Cup. The 33-year-old all-rounder was a member of England’s playing 11 in the final against Pakistan at the MCG in Melbourne, which they won by a margin of five wickets. Woakes had five wickets in the competition, including one against India in the semi-final, but failed to pick up a wicket in the championship match. Fans were shocked to discover Woakes’ name missing from the roster of athletes scheduled to be sold at the next auction.

Woakes admitted that choosing to play for Warwickshire in the County Championship wasn’t an easy decision by any means,” but he wanted to force his way into Ashes contention. Due to an injury, he was sidelined for the entirety of the 2022 summer and is not essential to the plans for the England Test team under Ben Stokes and Brendon McCullum.

“It wasn’t an easy decision, by any means. There’s still a part of me that wishes I could go because the IPL is a great tournament and financially it could be very rewarding – but I didn’t want to make the decision solely on finance. It’s a tricky scenario: having just won a World Cup, potentially stock could be high. There are obviously some other players who are likely to go big but I could have been next on the list behind them”, he said.

“I had conversations with a lot of people and some with franchises as well, who sounded keen, which made it harder to pull out. But having not played any cricket in the English summer last year, it’s a good opportunity for me to set myself up for, hopefully, a really strong summer with England.

“It’s an Ashes year and I haven’t played much red-ball cricket. I need to suggest to people and remind people that I can play red-ball cricket and get through it – both from a fitness point of view, but also to show what I can do to try and have a go at being part of the Ashes”, he further added.

The 33-year-old also disclosed that during the T20I tour of Pakistan in September, he spoke with England’s managing director and was reassured that he was still a member of the Test team but that he needed to get healthy.

“The IPL is hard to turn down because the best players go there, it’s financially rewarding and it’s been brilliant for my career. But the trade-off is that opportunity to play for Warwickshire, which I’ve always loved doing. It’s tricky as an international player, particularly with the current schedule, and more so as a bowler: you don’t get the opportunity to come back and play much for your county”, he concludes when talking to the press.