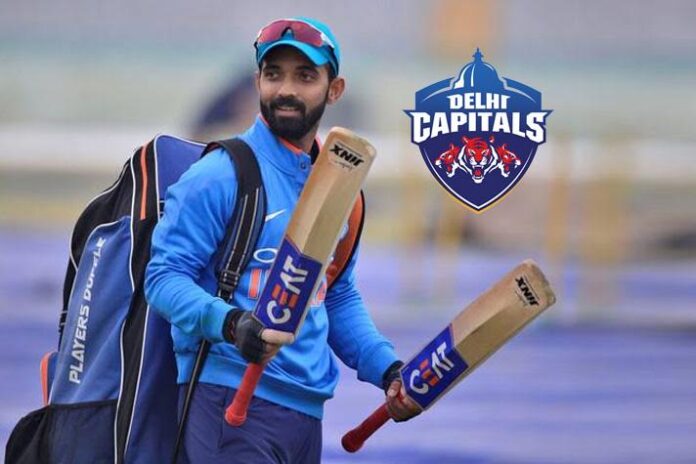 The Vice-Captain Of India’s Test Team Hasn’t Played A Match In Indian Premier League 2020 So Far:

In the ongoing 13th season of the Indian Premier League, India Test Vice-Captain Ajinkya Rahane may not have played a match but has a distinguished career in the largest T20 league. Rahane is the eighth-highest run-scorer among Indian batsmen in the IPL, having scored 3,820 runs in 140 IPL matches with an average of 32.93 and a strike rate of 121.92, including two centuries and 27 half-centuries.

Rahane’s last ODI and T20I came during the tour of South Africa and West Indies in 2018 and 2016 respectively, as far as playing white-ball cricket at the highest level is concerned.

Rahane, who turned 32 earlier this year, has been confirmed to be in talks with regard to Delhi Capitals playing IPL 2020. Rahane was finally traded to Delhi by Rajasthan after representing Mumbai Indians, Rajasthan Royals (twice) and Rising Pune Supergiant in the cash-rich league.

To answer all concerns about Rahane not playing IPL 2020 on social media sites, it is worth noting that Rahane is currently part of the Delhi Capitals led by Shreyas Iyer.

Why Ajinkya Rahane Is Not Playing In IPL Matches?

The fact that the Capitals have a good Indian batting quartet consisting of Prithvi Shaw, Shikhar Dhawan, Shreyas Iyer and Rishabh Pant is not concealed.

Rahane was still bound to sit out at least in the initial few games of a T20 tournament with them also obtaining the services of overseas white-ball specialists, namely Shimron Hetmyer, Marcus Stoinis and Alex Carey.

Rahane being made to warm the bench may sound unreasonable to his fans despite the help of the aforementioned figures, particularly after considering his abilities at the top of the order.

That being said, the presence of Dhawan as an opening batsman makes it almost impossible for Rahane in this Playing XI to find a place. Ideally, only one batsman who plays the anchor position is preferred by a T20 team. For DC, Dhawan has been performing that role successfully since last year.

Due to the four-player restriction law, often overseas players of such quality are made to warm the bench in a tournament like the IPL. Perhaps the biggest example in recent years is New Zealand batsman Kane Williamson sitting in the dugout of Sunrisers Hyderabad. All one can say in the case of Rahane, however, is that this is the essence of the beast!

Though Rahane had expressed availability for batting in a bid to make an ODI comeback in the past at any place, the fact that he only batted three times below No. 4 at the highest level in white-ball cricket also works against his favour.