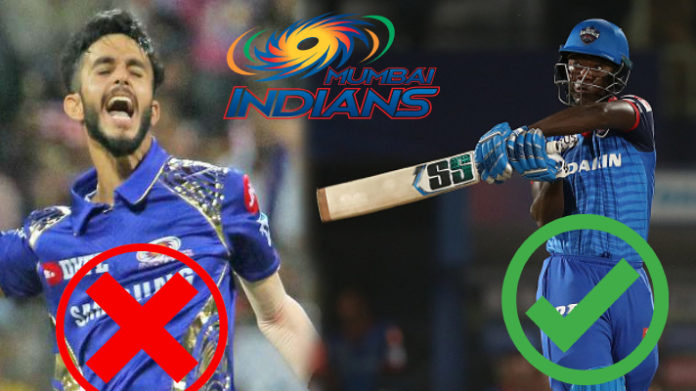 MI has been known to groom youngsters over the years and the 20-year-old will be another addition to this list. The likes of Hardik Pandya and Jasprit Bumrah have been groomed by MI before they became match-winners for India.

“We wish Mayank the very best for his future. Mayank is a brilliant talent and we were fortunate to have spotted and nurtured him early. It is a difficult decision for us, but we are releasing Mayank for better cricketing prospects and know that Mayank is on the cusp of emerging as yet another shining star of Indian cricket. He will always be a part of the Mumbai Indians family.” – Mumbai Indians owner Akash Ambani said.

“I am excited to welcome the talented Sherfane into our family. Sherfane has impressed us with his all-round skills and match-winning attitude. His exploits across the world at such an early stage of his career has been impressive and we believe he will find his home at Mumbai Indians.” – he added.

Delhi did miss a quality spinner in the 2019 edition of the IPL on the low and slow Feroz Shah Kotla track and Markande’s inclusion will boost the line-up which has quality pace bowlers in Kagiso Rabada and Ishant Sharma.