Hot, a little humid but mostly sunny, the conditions in Antigua should be perfect for this test match, with temperatures up to 29 degrees Celsius every day.

Never short of controversy, the wicket at North Sound was rated below average last time West Indies played a toss here – uneven bounce being the factor cited. It has faced problems before and could be difficult to bat on again.

OUR FANTASY LEAGUE PICKS FOR INDIA VS WEST INDIES 1ST TEST IN INDIA TOUR OF WEST INDIES 2019 ARE MENTIONED BELOW: 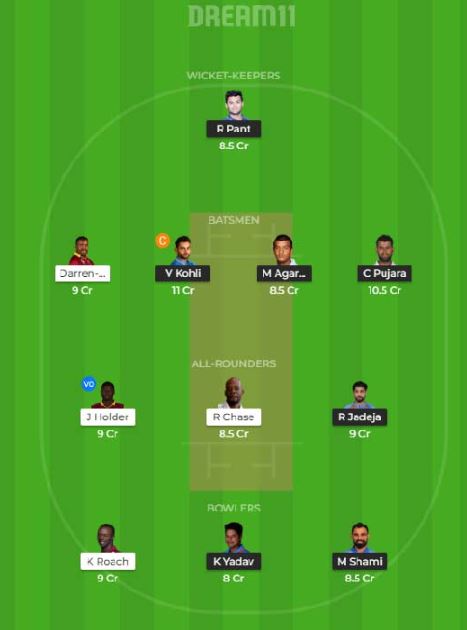