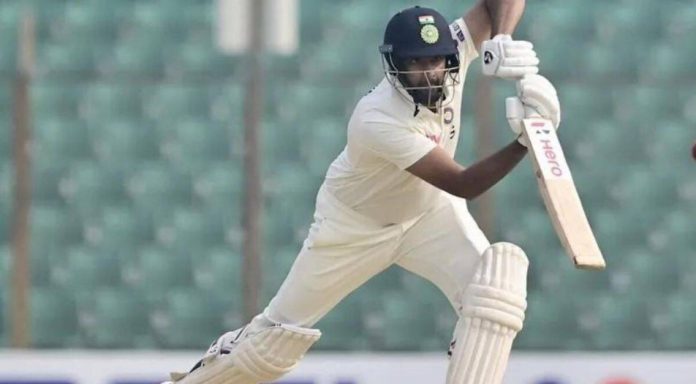 Ravichandran Ashwin has received praise for his overall efforts during India’s Test series in Bangladesh; some fans have even suggested that he should be one of the front-runners to lead the team in the game’s longest format.

Over the course of the series, Ashwin became the second-fastest player—behind only the legendary New Zealander Richard Hadlee—to reach 3000 runs and over 400 wickets in Test cricket. In the second Test, Ashwin was essential in preventing India from suffering its first-ever loss to Bangladesh in the longest format.

In the series, Ashwin scored 112 runs while taking seven wickets. He calmly lifted the ball over the infield off successive balls to send it to the boundary, taking India over the finish line in the second Test. Ashwin finished unbeaten on 42 off 62 balls.

He had four wickets in Bangladesh’s opening innings and two in the home team’s second.

By looking at his impressive performance, Danish Kaneria, a former Pakistan cricketer, suggested that Ashwin be one of the contenders to lead India in test cricket.

“Ravichandran Ashwin should be one of the candidates for India’s Test captaincy. He still has a lot of cricket left in him. He is very smart and intelligent with his batting and bowling. It seems as if he is constantly thinking when he is on the ground.”

Fans also referred to Ashwin’s contribution to India’s victory over Pakistan in the T20 World Cup earlier this year. After Dinesh Karthik was struck by the second-to-last ball of a match that is now remembered as one of the greatest T20 World Cup games ever, Ashwin entered the field. Ashwin had to take the strike, with India still needed two runs to win. When he noticed that the ball was travelling down the leg side, he calmly left the ball, and that being called wide. India won the game when Ashwin simply lifted the ball over the densely populated infield to score the final run.

Kaneria said that Ashwin saved India on several occasions with his batting contributions.

“India were under a lot of pressure. Ravichandran Ashwin was cool and calm in that situation, playing a great knock to steady the ship for his team. He has saved India on several occasions with his batting contributions. The Indian team looked weak when they played without Anil Kumble in the past, and the same goes for Ashwin. His 42-run knock was equal to scoring a century,” he said.

The star all-rounder Ravichandran Ashwin is just at second place in the list of highest wicket takers for India in test cricket with 449 dismissals in 88 test matches.

He recorded 30 five-wicket and 7 10-wicket haul during his test career so far, while maintaining an average of 24.30.

With over 3,000 runs, including 5 centuries and 13 half-centuries, and most of his knocks came under tough times, shows his calibre as a batter and a leader too.