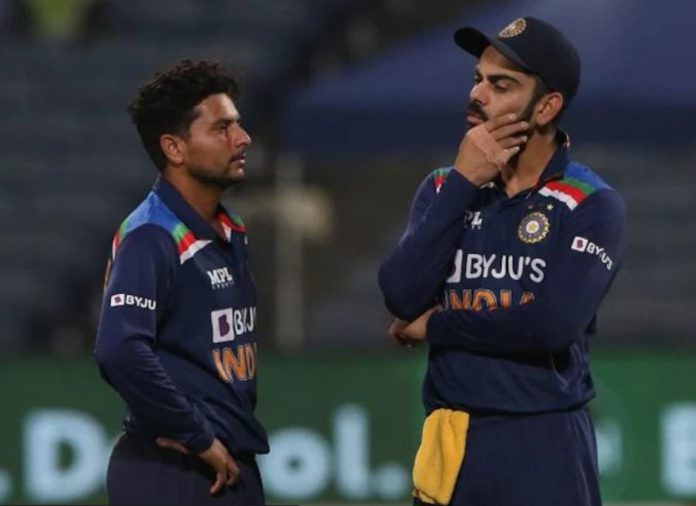 On Tuesday at Warner Park in Basseterre, India defeated West Indies by 7 wickets in the third T20I. With the victory, India now leads the five-match series 2-1. Suryakumar Yadav’s knock of 76 helped India win the match with an over remaining after chasing a score of 165.

In the opening two overs, Hooda and Bhuvi took the new ball and kept it very calm. But to put pressure on India, the West Indies targeted Avesh. Hardik’s cutter gave the visitors their breakthrough as they reached 56/0 in 7 overs.

Pandya produced a magnificent session of 4-0-19-1, and as a slow-moving Pooran battled to get going, Ashwin managed a great comeback to end his period. And West Indies re-entered the game with an Avesh over of 15 runs. In order to get rid of Mayers and Pooran, Bhuvi exploited his experience.

Avesh was given the 19th over by Rohit, and he bowled it brilliantly, allowing just four singles and one wide after four legal balls. Hetmyer, though, ended Avesh’s fun with back-to-back sixes to make it a 17-run over with a predicted wide yorker line. Arshdeep also attempted to bowl yorkers, but after giving up two fours, switched to delivering cutters into the wicket to finish the game effectively.

On a moderately slow surface, 165 appeared like a difficult goal around the midway point, but India had different thing in mind. All because of one man’s brilliance. What a superb innings by Suryakumar Yadav. He started the chase off quickly and continued to show off his range. He batted at a higher level than the majority of players in the game.

On a ground where many players had trouble timing the ball, that lofted straight drive for six from a back of a length revealed a lot about the touch he was in. India was already on the verge of triumph when he was finally dismissed as the team won the match by 7 wickets.

Suryakumar is still proving to be valuable to India’s T20 team. Many more players are following suit, not the least of whom is Arshdeep Singh, who once more did a good job of closing out the innings, while Ashwin and Hardik Pandya both bowled tight spells in the middle overs. Although they weren’t particularly successful with the bat, West Indies will be hoping to make a great comeback as the team meets again for the next match in Florida.