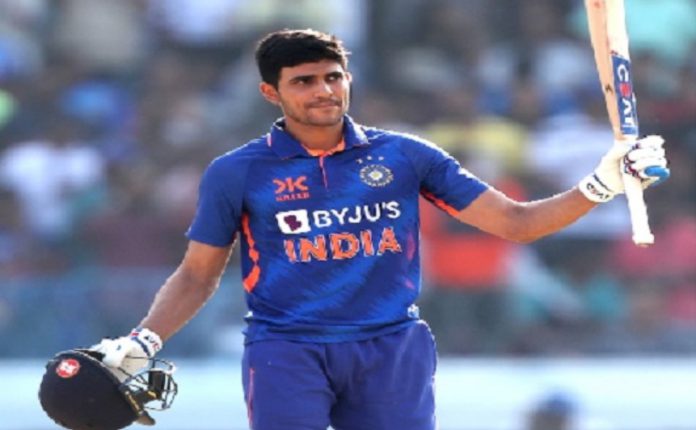 Team India’s new opening combination once again worked to their advantage as both batsmen scored hundreds in today’s match to give India a strong foundation for a large total. Hardik Pandya’s late surge of 54 off 37 also contributed to India’s big score as they posted a massive total of 385 for 9 in 50 overs at the Holkar International Stadium in Indore.

212 runs were added together for the first wicket by Rohit Sharma and Shubman Gill. Shubman Gill was eliminated for 112 off 78 balls, while Rohit Sharma left after 101 off 85. Michael Bracewell took the wicket of India captain, the other opener was dismissed by Blair Tickner.

It was as long as Virat Kohli’s dry spell, but by Rohit Sharma’s norms, particularly in the white-ball format, the debate about the gap had begun to heat up as India prepared to host the ODI World Cup later this year. But in the third and final ODI of the series against New Zealand, the 35-year-old put everything to rest with an incredible century, his first in 509 days.

Rohit last reached the triple-figure mark in international cricket against England at the Oval in September 2021. Since then, Rohit has played 53 innings across all forms and amassed 1555 runs with 12 half-centuries.

Rohit added to India’s unblemished start in the final game by lacing nine boundaries and six maximums. It was Rohit’s second-fastest century in an ODI, only one delivery short of breaking his previous mark set in the Nottingham match against England in 2018.

With his 30th century of his career, Rohit now shares third place with Ponting in terms of ODI hundreds. Now, only Sachin Tendulkar (49), and Virat Kohli (46) are ahead of him.

Shubman Gill, who is in outstanding form right now, will be vying for a berth in India’s team for the next ODI Cricket World Cup later this year. The young opener further demonstrated his growing self-assurance by scoring an incredible double century in the opening ODI of the current three-match ODI series against New Zealand. India quickly reached 349 for eight in 50 overs in Hyderabad thanks to the swashbuckling batsman’s 208 runs off 149 balls. With a goal of 350 runs to reach, New Zealand was dismissed for 337 in 49.2 overs thanks to Mohammed Siraj’s four-wicket haul as the hosts won by 12 runs.

Gill, today went on to knock a century off just 72 deliveries, as India sped to 200 in just 25 overs, before both of the openers walked back to pavilion.

Top 5 Active Batsmen With Most Runs In A Test Series