IND vs NZ 2nd ODI:Fan's Reaction To Samson Being Dropped. 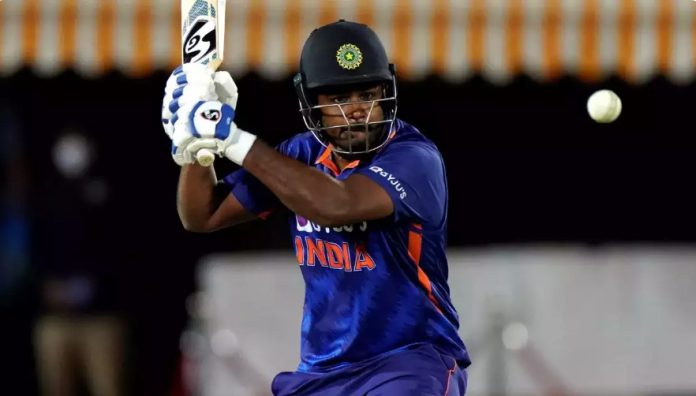 IND vs NZ 2nd ODI,Fan’s Reaction: Indian cricket fans are furious with BCCI and the team management after Sanju Samson was once again left out of the team for the second One-Day International of the three-match series against New Zealand.

Sanju Samson has been a member of the Indian team setup for a long time, but he is not given enough opportunities despite the fact that he has performed well whenever he has had the chance to play for his country, which has irritated fans.

Some cricket fans have started arguing that Sanju Samson is a victim of favouritism on the part of the BCCI since they are so incensed, and many have attacked the management for allegedly being casteist. Sanju Samson was not chosen for the tour of Bangladesh, which raises concerns about the selectors’ decision to make a player play in one game before benching him for the remaining games and series.

After the second match was washed out in the three-match ODI series. Skipper Shikhar Dhawan stated the reason for dropping Samson for the second game. He quoted saying “We wanted the sixth bowler to come in, so Sanju Samson missed out and Hooda came in.”

Fan’s Reaction: Some feel its a discrimination towards Sanju Samson from BCCI

Despite having the opportunity to play against New Zealand in the first ODI. Where he did brilliantly (36 runs, 38 balls, and 4 fours). He was then once again benched for the second ODI. While Sanju Samson is being treated unfairly, Rishabh Pant consistently makes the starting lineup despite consistently performing poorly. Moreover fans are unable to figure out what Sanju Samson has done wrong to deserve this treatment.

Sanju Samson was dropped again. Like Rishabh Pant, give him chance in at least 10-15 matches and then see his results.#SanjuSamson #RishabhPant pic.twitter.com/5HaZIcZnSr

Once again Sanju Samson faces the axe. But, fans cheering for him from the stands ❤️

Kris Srikanth:-
India messing up with team selection. Why you need Pant in the XI when Sanju Samson can keep also if Pant play at 4 then you are wasting both Sky and Sanju down the order. Bring in Hooda at 6 and ask Pant to go back to domestic and reinvent himself in white ball pic.twitter.com/E0rA3zcXTA

Fan’s Reaction: Hope for Positive News next time around

Even though we did not get to see team India perform in the Second ODI. And BCCI along with skippers facing criticism from around the country. We shall hope that things can change and the management can give a good number of chances to Sanju Samson in the future.