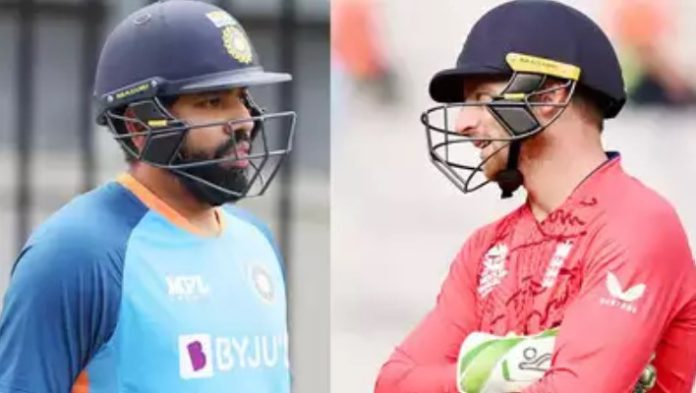 IND Vs ENG semi-final: The main match in any competition being missed by a team’s best player irritates fans and players alike the most.

When two key players are absent, the situation is even worse and can hinder a team’s chances of winning.

There is so much happened in the T20 Word Cup 2022 so far, and after an electrifying qualifiers and Group 12 we got our top four teams for the semis.

And the men in green kept their calm and reached the finals of the tournament by defeating New Zealand by 7 wickets on Wednesday. Let’s look at IND vs ENG semi-final scenarios.

With the big semi-final 2 yet to happen and both the teams in no mood to see their star player seating on the bench.

However, two of England’s star performers, Mark Wood and Dawid Malan currently struggling from injury concerns. It will a major setback for the English side if they both failed to regain fitness before the game.

India, who already playing the tournament without their star all-rounder Ravindra Jadeja and the speedster Jasprit Bumrah, cannot afford to lose another player due to injury.

But, they almost scared the whole country in the last 2 days. First with the news that Rohit Sharma got injured on Tuesday. And today with the update that Virat Kohli has been injured during net sessions.

However, the good news is both the players are fully fit and will play the semi-final. Infact, team India will play the game with full strength. And high chances that they will dominate and lock horns with Pakistan on November 13 at the Melbourne Cricket Ground.

Rohit Sharma, who is not good form with bat, has been excellent with the captaincy so far in the tournament. The way he rotates his bowlers and placed his fielders helped India in big time in the tournament. His presence is very much crucial on the big semi-final day.

While Virat Kohli is in the form of his life. He already recorded three half-centuries in 5 games and is the leading run-scorer in the tournament. Kohli and Suryakumar Yadav have been the back bone of team India’s batting line-up in the multi-team competition so far and their availability will be needed on Thursday.

There will be reserve days for the unplayable knockouts game due to rain. If the match was not happened on the scheduled date then that match will be placed on reserve day.

The side with the most points at the end of the match will be declared the winner if the game did not even take place on the reserve day. And in that case, India will qualify for the final as they were the table toppers from Group 2.