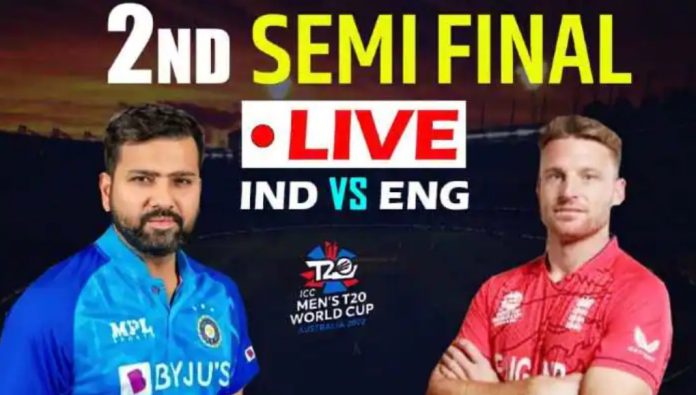 IND Vs ENG Rohit Sharma form: India reached the semis of the ICC T20 World Cup 2022 after topping the table of their Group and overall best points among all teams in the competition under the leadership of Rohit Sharma.

Now, the men in blue have to face the mighty English side in the second semi-final of the marquee event, but the form of skipper Rohit Sharma is not in great shape, his performance was neglected in the tournament so far due to team’s success, but will he regain his form ahead of the big clash against England is a million-dollar question?

Sharma has only managed to hit 89 in 5 innings, with 53 was his best that came against the no.17th ranked team in the world, Netherlands.

Apart from that knock, he recorded two 15s, 4 against Pakistan, while 2 against Bangladesh.

His dismissal in the every of the game puts a lot of pressure on the middle-order, as Virat has to come on crease during the initial overs of the game itself.

And he have to play freely and effectively during the night of semi-final in order to help India put on a strong target or chase the target while batting second.

His rival, Babar Azam, the skipper of team Pakistan, who was also struggling with his form in the tournament, and has scored just 37 in the first five games, gained his form during the big day, as the former no.1 recorded half-century in a semi-final game against New Zealand on Wednesday, as a result Pakistan became the first team to qualify for the final.

And if India is planning to play final, then Rohit has to perform better in the game.

However, Indian batters especially Virat Kohli and Suryakumar Yadav are in great form.

While the no.1 Suryakumar Yadav also lived upto the expectations and delivered exactly what he promised.

He was seen smashing the ball every corner of the stadium and maintained a strike of 193.97, and is the third highest run-getter in the competition, behind Virat Kohli and Max O’Dowd.

India’s vice-captain KL Rahul, who failed to perform in the first three games and scored just 4,9 and 9, respectively, bounced back strongly and struck two back-to-back half centuries to give confidence to the Indian dressing room that India is ready for the big challenge.

This will be the fourth time in the history of T20 World Cup that India and England are facing against each other.

They first met in 2007, where we witnessed Yuvraj’s Charisma when he smashed 6 sixes in an over of Broad. In 2009, they met for the second time, while there third match was in 2012.

India has a better record against England, having won 2 out of three world cup games. With the kind of form Indian players carrying in this world cup it is quite possible that the number will change to 3-1 after today’s game.