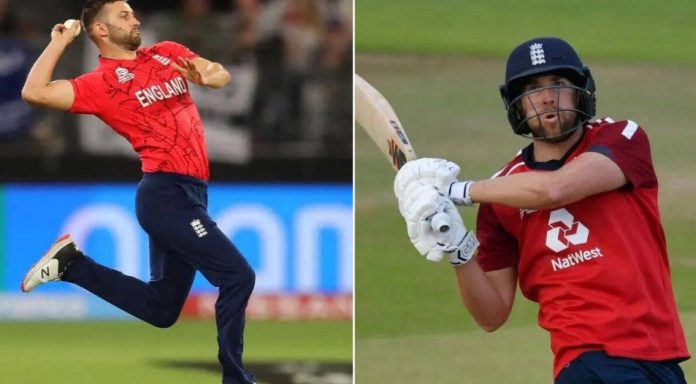 IND Vs ENG semi-final 2 update: Right before the mega semi-final clash on Thursday, team England witnessed a mighty blow as their star batter Dawid Malan and bowler Mark Wood are struggling with injuries.

England’s skipper Jos Buttler confirmed the news about his two players are doubtful for the semis.

“We will see how they will pull up. We are trying to give them (time) as long as possible. Obviously, Dawid left the field the other day with a small niggle; Wood’s had a bit of stiffness. We trust the medical team; we trust those two guys as well. Will give them as long as possible (to be fit),” said Buttler in the pre-match press conference.

It was nothing sort of shock for the English fans as their star performers injured before the semi-final game that too against the no.1 ranked team in the world, India.

If both the players failed to attain full fitness before Thursday’s clash, then Tymal Mills, the left-arm bowler David Willey may replace Wood in the side.

While the left-handed batter Phil Salt may take the seat of Malan.

England reached the semi-final of the T20 World Cup 2022 after finishing second at the points table in the Group 1.

The tough group consists of Australia, New Zealand, Sri Lanka, Afghanistan, Ireland alongside England, from which the English side managed to qualify along with New Zealand.

With that happened, England was scheduled to play India on Thursday and it will mark as the first time these two teams will meet in a T20 World Cup semi-final.

English team, however, failed to perform as the way they was performing before the World Cup.

In their last series which finished just 2 days prior to World Cup, they won a series over Australia by 2-0.

But, their campaign in World Cup was a bit of roller-coaster as after winning the first game over Afghanistan, they lost their next match against a small team Ireland.

They, however then went on to win all of their remaining games, but this challenge is biggest of all.

The Jos Buttler side has to face India, the strongest team in the world cup and considering the current form of both the teams, then team India will most likely to dominate the game on Thursday.

Indian batters, especially Virat Kohli and Suryakumar Yadav both are in superb form and it will be difficult for the Three Lions to get rid off them.

Not just that, the fast battery, even without Jasprit Bumrah, performing extremely well and picking wickets inside the powerplay to put pressure on opposition and the English side should work on all these aspects in their planning of how to beat India in semi-final 2.