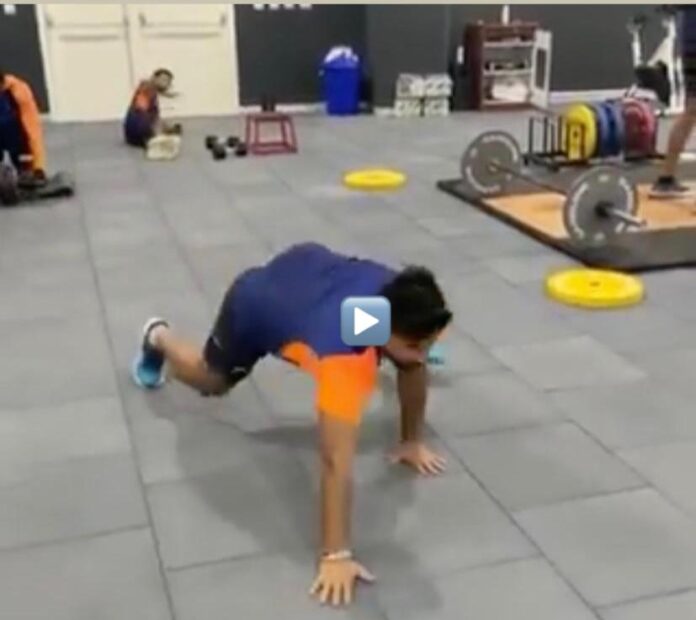 Team India undertook a gym session on Friday to open their arms for the upcoming third Test at Motera, Ahmedabad, starting February 24. In the warm-up session too, Pant came to the limelight much like his behind the stump banter.

Rishabh Pant has been associated with Spiderman after a hilarious incident during India’s tour to Australia. During the day four of the fourth and final Test match in Brisbane, Pant was caught on the stump mic singing: “Spiderman Spiderman, tune churaya dil ka chen” when Australia captain Tim Paine was batting.

Team India all-rounder Washington Sundar took to Twitter to share the video. The video showed Pant mimicking the moves of the popular marvel character-Spiderman. To give a vivid experience, Sundar added the background music of Spiderman’s theme, making the video all the more gauging.

Both the players are currently in Ahmedabad, with the Motera Stadium set to host the final two Test matches of the ongoing four-Test series against England The stadium located in Ahmedabad, Gujarat, is the largest cricket stadium in the world.

Risabh Pant secured his place in Indian Test team ahead of Wriddhiman Saha and he is in no mood to get benched. Recently, man in form Risabh Pant lead India to win in Brisbane and a historical win in Australia which helped India for Qualification of WTC finals. India’s answer to Finisher is Risabh Pant and fans hope he continues his amazing form with bat.

Tourists won the series opener by 227 runs, with skipper Joe Root scoring a double century. Team India bounced back in the second game and clinched a 317-run victory. Rohit Sharma and Ravichandran Ashwin were the star performers for India. Rohit played a solid knock of 161 runs to help India post a huge first-innings total on a turning pitch.

Ashwin took a five-wicket haul and then scored a century in India’s second innings. He was awarded Man of the Match for his all-round show. India looks confident for the 3rd Test Match Against England and can nearly secure a qualification with a win.