"If Babar Azam Doesn’t Do This, Then He Will Become Sarfaraz Part Two,” 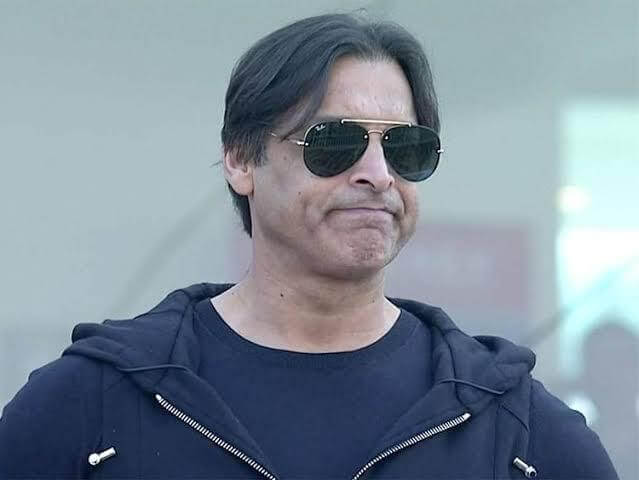 Premier pace bowler Shoaib Akhtar has advised Babar Azam to stand up for himself in front of the Pakistan Cricket Board (PCB) before he becomes ‘Sarfaraz part 2’. There are reports about a recent feud between the Pakistan chief selector and Babar Azam. It is reported that Babar Azam is unhappy with the squad selection for Pakistan’s upcoming T20I tour against South Africa and Zimbabwe.

As per reports, Pakistan chief selector Mohammad Wasim and captain Babar Azam were in disagreement while selecting the squad for their future tours. It is further learned that Wasim took the decisions on his own and sidelined Babar from the matter. This has caused mayhem and a hostile situation in Pakistan cricket.

Shoaib Akhtar insisted that Babar should resign as Pakistan’s captain to make a statement in front of the PCB. Akhtar has wanted Azam that he is on the bleak of becoming the next Sarfaraz.

“We are hearing that Babar Azam is calling [Pakistan Cricket Board] and saying that his suggestions have been ignored regarding squad selection. If Babar is so hurt and wants to become a brand, then he should resign right now and send a message that this can’t happen again. If he doesn’t do this, then he will become Sarfaraz part two,” Akhtar said on PTV Sports.

Another Pakistan veteran Inzamam-ul-Haq believes that Mohammad Wasim should have considered the opinions of Babar and picked the players accordingly. Inzamam stated that Babar should select the players he wants to lead on the pitch.

“Babar Azam is not impressed with the team selection and Mohammad Wasim is saying it’s not your concern. How can Mohammad Wasim say such a thing to Babar? This is surprising. Now, where are those statements of Mohammad Wasim and the policies of the board saying that the captain will have the full authority and will have the main role in the selection?” Inzamam-ul-Haq said on his YouTube Channel.