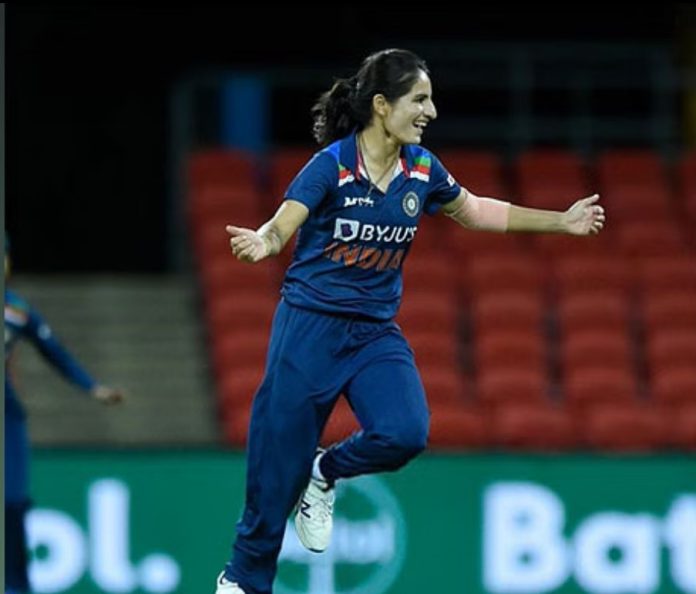 Richa Ghosh of India has moved up four spots in the latest ICC women’s T20I ranking for batters to take up position 40 following her 19-ball unbeaten 40 in the fourth T20I against Australia.

While the star Indian all-rounder, Deepti Sharma rose one spot to take up position 32.

Ashleigh Gardner, an all-rounder for Australia, has improved noticeably since the fresh weekly update after she assisted in her team’s series-clinching victory over India last Saturday.

She has moved up nine spots to position 17 in the bowler’s rankings after also taking two for 21 in the previous game.

Gardner hard work also helped her to climb up in the all-rounders rankings as well, as the 25-year-old has also moved up one spot to fourth.

Sophia Dunkley, who scored 43, 44, and 35 runs in three games in the ongoing T20 series against West Indies, has moved up 19 spots to join the top 12 among batters in the ICC T20 Women’s Rankings for batters.

Australian all-rounder Ellyse Perry has climbed 17 spots to take over the 34th spot, after play 2 back-to-back knocks of 75 and 72 not out.

Hayley Matthews, the captain of the West Indies, rose three spots to rank fourth among bowlers and one spot to second among all-rounders after taking five wickets in three games.

Leg-spinners Alana King of Australia (up 11 spots to 27th) and Afy Fletcher of the West Indies (up one spot to 14th) have also made notable advancements.

Vice-Captain of team India Smriti Mandhana, opening batter Shafali Verma and top-order batter Jemimah Rodrigues have retained their places at second, sixth, and tenth respectively, while Australia’s star batter Tahlia McGrath, who is playing superbly in the ongoing series against India stayed on top with 818.

Tahlia McGrath, who batted at top of the order in all the 4 games against India, remained not out’s in 2 games, and carrying an average of 60 in the series while maintaining a strike-rate of over 127.

Shafali Verma is India’s highest-run scorer in the series with 127 runs in 4 matches.

The fifth and final match of the series will take place on December 20 at the Brabourne Stadium in Mumbai.