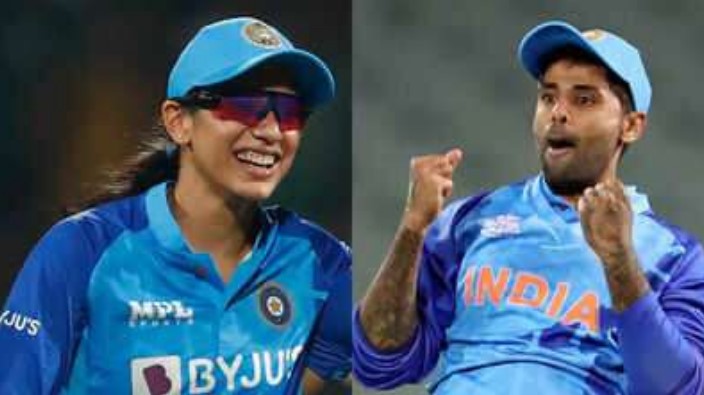 Surya Kumar Yadav ended the year as the highest run-getter, scoring 1164 runs at a ridiculous strike rate of 187.43.

The International Cricket Council on Thursday announced the nominees. For the men’s and women’s T20I Cricketer of the Year awards as two Indians managed to get into the lists. Flamboyant batter Surya Kumar Yadav got included in the Men’s nomination. While the swashbuckling opener Smriti Mandhana made it to the women’s listing.

Surya Kumar has performed consistently well with the bat this year

He displayed his ability of 360-degree shot-making in the difficult conditions Down Under during the T20 World Cup this year. Surya was the third-highest run-getter in the tournament. He continued his imperious form after the tournament and smashed a sensational century on the New Zealand tour.

Meanwhile, last year’s ICC women’s T20 Cricketer of the Year. Mandhana was once again a picture of consistency in the shortest format.

In front of over 47,000 spectators – the highest turnout for a women’s cricket match in India – at the DY Patil stadium in Mumbai.