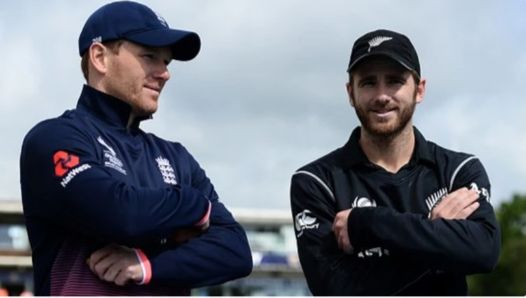 England will be up against New Zealand for the first Semi-finals in the ongoing ICC T20 World Cup 2021. The match is scheduled to be played on Wednesday, November 10th at the Sheikh Zayed Stadium from 7:30 PM IST onwards. While England will enter the match as the favourites, Kane Williamson-led New Zealand can inflict an upset over the Englishmen. Here is How NZ Can Get The Better Of England

If New Zealand wins the toss

Ideally, both teams will want to bowl first after winning the toss. Kane Williamson will also seemingly opt to chase the total if New Zealand wins the toss. England are a top side and have hardly seemed to be in trouble in the ongoing edition of the ICC T20I World Cup 2021. Having said that, the English are not a perfect side. England, on one hand, have a very strong batting lineup but are mediocre when it comes to their bowling.

South Africa ended up scoring 189 runs against England in their last Super 12 encounter. If New Zealand manages to halt England for a total of around 150-160 runs, it can be a cakewalk for the Kiwis to chase the total. New Zealand have a proper blend of experience and youngster in their starting XI as the Black Caps have their eyes set on the trophy. All New Zealand will have to do is restrict England from scoring a total above 170+ runs if they win the toss and choose to bowl first.

If New Zealand losses the toss

Like New Zealand, England will also choose to bowl first. This might get tricky for New Zealand as the pitches in the UAE have largely favoured the teams batting second. New Zealand can, however, still go on to win the match. If New Zealand manages to put a score of around 160 runs while batting first it will be very difficult for England to chase it. England got a big blow when Jason Roy got injured in their clash against South Africa.

Team England will be without it’s one of the most experienced T20I batsmen and all the pressure will be on Jos Buttler to hand them a good start while chasing. If New Zealand gets Buttler out cheaply then New Zealand will become the favourites to win the match. The Kiwis have a solid bowling attack in the name of Boult, Southee and Sodhi. The Kiwi bowlers possess the calibre to defend any total above 150+.

Also read: I Won’t Say NZ Is An Inferior Team When Compared To ENG: Inzamam