Srilanka Vs UAE: Sri Lanka put in to bat by UAE in crunch clash 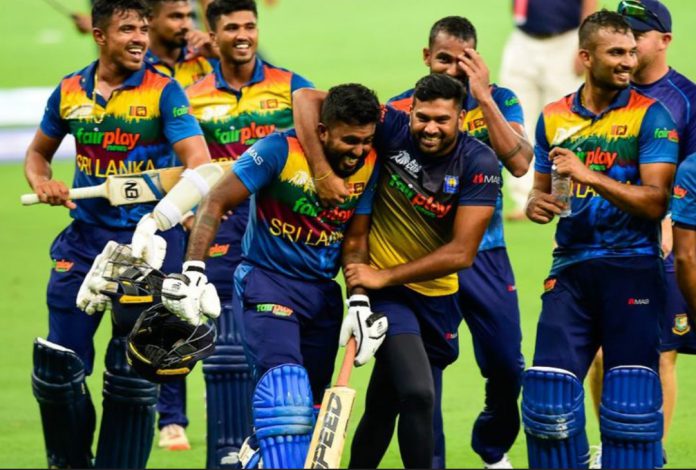 In the very important match of ICC T20 World Cup 2022 Qualifiers, Srilanka Beat UAE by a massive margin of 79 runs. It was a much-needed victory for the Srilanka team to stay in the contest. The Islanders posted 152 runs for UAE to chase. They got the team for just 73 under 18 overs to win the match.

It was an impressive victory for Sri Lanka, who needed it after losing to Namibia handily in the tournament’s opening game. The Islanders were mostly in control of the game throughout, with the exception of the stretch where they lost four wickets for three runs in the span of seven balls thanks to Karthik Meiyappan’s hat-trick.

They reached 152 thanks to Pathum Nissanka’s 74, which ended up being more than enough. Dushmantha Chameera set the tone with the bowling early on by taking three fast wickets. He quickly rocked the UAE’s top order, and they were unable to recover. UAE found the going difficult both against pace and spin, and the wickets kept tumbling. The other bowlers joined in, and Chameera and Hasaranga each chose three. Sri Lanka will be anxious about the injuries.

UAE did well to keep Sri Lanka’s total under 160 considering that they had given up 26 runs in the two overs before that. SL appeared to have learned from their last encounter despite losing their initial game and being given the opportunity to bat. Instead of power-hitting, they attempted to hit through the gap as they played shrewdly.

At the conclusion of the 11th over, Sri Lanka was 92/1 with two set batters on the crease and a scoring rate of almost 8 RPO. DDS was brought down by a mix-up, and the Islanders lost their plan as a result. The Asian champions lost four wickets for three runs in the course of seven deliveries, as Karthik Meiyappan claimed a hat-trick. Pathum Nissanka waited to the very end to make sure his squad reached 150 runs.

Dasun Shanaka, the winning captain talked about the win today. He appreciated the fans. He said, “They (crowd) are following us everywhere we go. I’d like to thank them. Really disappointed with the way we ended the innings (with the bat). We could have scored 180-190. The tone was set upfront, but Bhanu (Bhanuka Rajapaksa) and I didn’t click. It was important to tick with a win, we focused on a win only. He (Pathum Nissanka ) is outstanding, his focus is to bat through the innings. I’m happy for him. (When asked about Chameera’s injury) Hopefully everything will be fine.”

Chundangapoyil Rizwan, the losing captain, looked disappointed. He said, “We thought it was a decent score. We could have done a better job in the first innings while bowling, but we came back really well. Kept them under check. We thought it was a decent score to chase. (On Meiyappan) He bowled beautifully. To get a hat-trick in a WC is special. He’s a special bowler. We play in hot conditions like 45 degrees. To play here, it’s different. We are trying to adapt as much as possible. Our batsmen couldn’t get going. They (SL) showed their experience. We have to work on our skills and try to come back with a better show.”