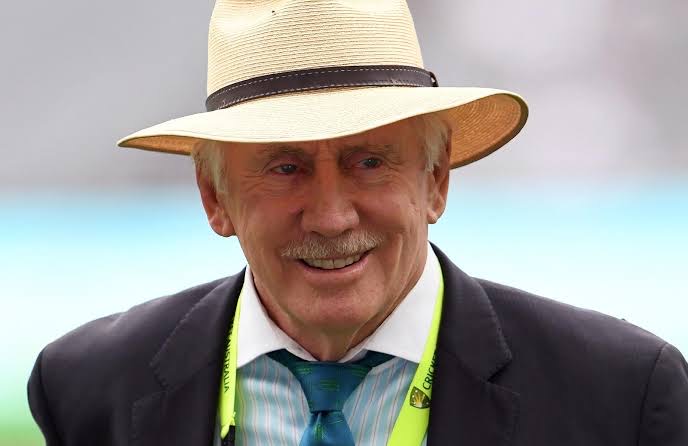 India dominated England with a ten-wicket win in the third Test at the Narendra Modi Stadium to go 2-1 up in the four-match series. Axar Patel picked up 11 wickets in his second Test match. Indian fans loved the way Axar bowled out Zak Crawley, Johnny Bairstow and Ben Foakes. Ashwin assisted with few important wickets like Ben Stokes in the pink-ball Test. Here We go Ian Chappell lauds explores his words.

Most batsmen from both teams got out on straight balls and it was not a case of pitch misbehaving a lot. Former Australia skipper Ian Chappell noticed this as he stated that the Indians perfectly calculated England batsmen’s ineptitude against spin and used it to their advantage.

Ian Chappell wrote in his column for ESPNCricInfo, “Virat Kohli described the day-night third Test, in Ahmedabad, as ”bizarre”, a word that aptly describes the England batsmen’s attempts to cope with India’s spinner.”

“India’s decision to select three spinners for the Test was prompted by England’s batting on a tricky Chennai pitch, where their batsmen – Joe Root excepted – displayed a distinct ineptitude against spin. India correctly calculated that would result in mental scarring and used it to their advantage,” he added.

Chappel appreciated Axar Patel’s straight delivery that got rid of Jonny Bairstow as that put the England batsmen in a fix on whether the ball is turning or not.

He wrote, “From the moment Axar Patel conjured up the ultimate thimble-and-pea trick to dismiss Jonny Bairstow with a straight delivery, England were in a spin. Is the ball over there? No, it’s here. When faced with a serious spin challenge, the England batsmen didn’t trust their defence, which eventually resulted in panicked attempts to attack the Indian spinners.”

“Their choice to reverse-sweep rather than to leave their crease to change the bowler’s length is a classic example,” the 77-year-old added.

Ollie Pope tried to use his feet against the Indian spinners in the second Test. Chappell believes that it was the right plan but the execution wasn’t great. Whenever Pope stepped down the track, he was concerned about making it back into the crease if he missed the ball, which is not the right frame of mind according to the former Australian cricketer.

He wrote, “Back in Ahmedabad, Ollie Pope decided to use his feet against the Indian spinners. He had the right idea but the wrong execution. Firstly, he jumped rather than glided out of the crease. Secondly, his front foot pressed forward but the back one lingered as if searching for the safety of the crease.”

“I was told two crucial things about footwork when I was very young: ‘Get stumped by three yards, not three inches,’ my coach said, ‘and never think about the keeper when you leave the crease.’ Pope was conscious of the keeper as he tentatively ventured out of his crease, which meant he was worried he would miss the delivery.”

“That results in footwork that hinders rather than helps. It’s never easy against good spinners on a challenging surface, but it is possible to play well; just not the way England is going about it,” Ian Chappell concluded.