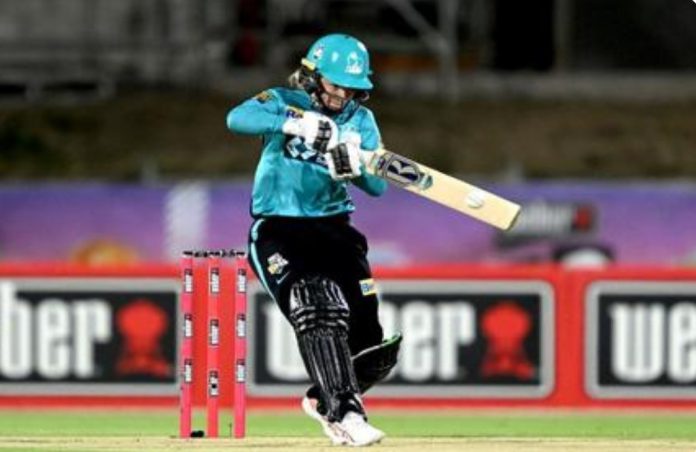 The final three games will determine who will win the Women’s Big Bash League for this season after the thrilling 56 matches of the group stage.

Starting on November 23, when Brisbane Heat and Hobart Hurricanes play in an elimination match at Adelaide’s Karen Rolton Oval, the sequence to determine the winner will begin.

Hobart and Brisbane both finished fourth in the group stage, so they will now face off in the eliminator game. The winner of this game will then play Adelaide Strikers in the challenger game on Thursday.

HH VS BH WHERE TO WATCH LIVE:

The game between Hobart Hurricane versus Brisbane Heat will be telecasted on Sony Sports Network Fans will be able to watch the live streaming of HH vs BH match on Sonyliv app.

The Karen Rolton Oval pitch is a level surface. The team that wins the coin toss decides who gets to bat first. On this pitch, the early innings are more advantageous for pacers. The middle overs will undoubtedly favour the spinners. Overall, this pitch is favourable to hitters. As a result, the match between BH-W and HH-W is going to be very high scoring.

HH vs BH: What to Expect in Middle

In the powerplay, Hobart is expected to score 40+ runs. Brisbane has a 40 run scoring capacity.

HH VS BH DEATH OVER SCORES:

Recently, HH batters have helped them win several games. According to past performance, we may anticipate them to score 30+ runs in the last overs. The predicted run total for BH is 25–30.

With a score of between 160 and above, Hobart Hurricane may fulfil their 20-over quota. Brisbane Heat might score 155–165 runs if they batted first.

Our pick for the encounter between the Hobart Hurricanes Women and the Brisbane Heat Women’s top wicket-taker is the 26-year-old leg-spinner Maisy Gibson, who bowled pretty effectively at the Blundstone Arena on Thursday.

Georgia Redmayne is a strong candidate to be the team’s leading run scorer after averaging 41.28 over the course of her eight innings of action for the Brisbane Heat Women against the Hobart Hurricanes.

Our selection for the Brisbane Heat Women’s most valuable wicket-taker in this match is left-arm spinner Jess Jonassen, who is currently leading the league in that category.

HH VS BH MATCH PREDICTION: WHO WILL WIN TODAY’S MATCH BETWEEN HH VS BH?

The way both teams have performed this stage is immaculate. Both have the capacity to turn the game towards their side at any point in time. If we look at team balance, then Brisbane Heat takes an edge and they are our favorites to win the match.