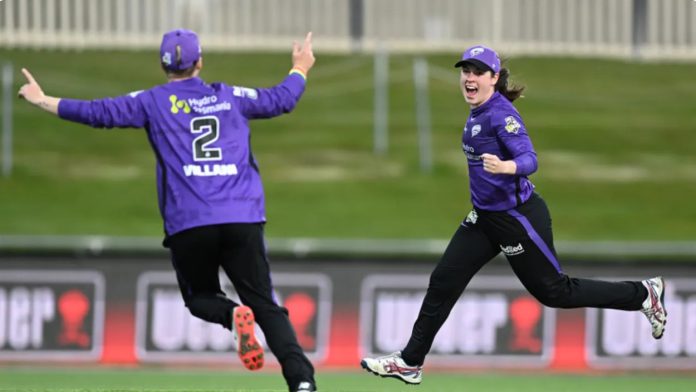 With a 23-run victory over a scurrying Adelaide Strikers, Heather Graham’s first WBBL half-century enabled Hobart Hurricanes to move into the top four of the standings. The outcome has important implications for this year’s competition as it was the Hurricanes’ first victory over the Strikers since the first few weeks of the WBBL’s maiden season seven years ago.

Graham’s even 50 helped Hobart reach 4 for 152, and Nicola Carey, with 2 for 24, stopped the Strikers at 4 for 129 to become the Hurricanes’ all-time leading wicket-taker.

The Hurricanes, who haven’t participated in finals since 2016–17, are now fourth with a game in hand over most of the clubs ahead of them after passing the defending champions Perth.

With four games remaining, Strikers are still in front of them in third place, but with a victory on Friday at Karen Rolton Oval, they might have passed Brisbane Heat and Sydney Sixers into first place.

HH-w vs AS-w: Highlight of the Match

Due to a hamstring ailment, Brisbane Heat’s top run scorer in the league, Georgia Redmayne, will miss Saturday’s game against the Hurricanes. The game was basically over when Strano dashed in from the outside to stump Laura Wolvaardt for 45, leaving her in charge of the pursuit.

Redmayne improved her chances of receiving an Australian call-up by scoring 333 runs at a tournament-best 41.62, and the Heat coaching team is sure she will return before the finals in a little over a week.

Happy 36th Birthday to the one and only Energetic, Ever-smiling Suresh Raina