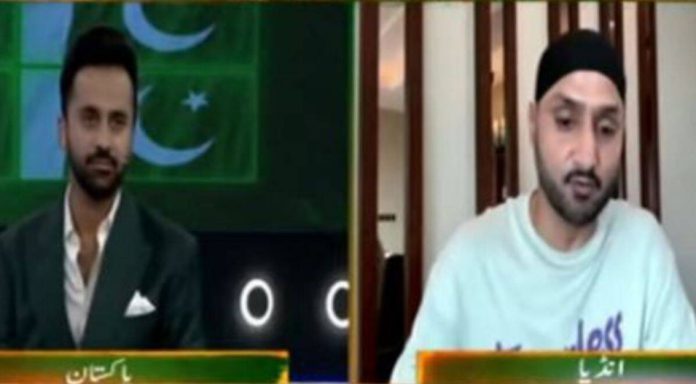 India veteran Harbhajan Singh stated it plainly on live television that India won’t travel to Pakistan for future ICC events amid the controversy over India’s rejection to travel Pakistan.

In a recent debate between Pakistan’s ARY News and India’s Aaj Tak, Harbhajan Singh and former spinner Tanveer Ahmed got into a contentious exchange. The debate started when the anchor brought up India’s hesitation to visit Pakistan for the Asia Cup and said that, considering the significance of the event, Team India would visit even if the World Cup were to be held here.

“Ramiz Raza had given a statement last year that Pakistan Cricket does not have the kind of money and that they need to look towards the BCCI. Either that or if the BCCI offers PCB money, Pakistan cricket is surviving. If you feel, you don’t want to come to India, please don’t. Who is asking you? If you don’t want to play the ICC event, it’s your call. If our players are not safe there, we won’t send. Don’t play if that’s what you want,” Harbhajan said on Aaj Tak’s special show with Pakistan’s ARY News.

Clearly offended by the statement, Harbhajan slammed and took the challenge.. “Toh le liya bhai tera challenge (I accept your challenge, buddy). Indian cricket knows how to run their cricket. We don’t need PCB. We have an issue and we have said it. If the government gives the approval, sure,” the former India spinner said.

The anchor then made the point that unlike India, Pakistan do not have security concerns.  However, since 2012–2013, no bilateral series has been discussed by the cricket bodies of the two nations.

“See, that is not in my hands, right? It is not my decision. If everyone feels the situation is fine, and that the two countries should play cricket, the authorities will take that call, and there will be cricket. And it has never happened previously that a team has come to India to play a series and had any issues,” the former spinner concluded.

Players with most sixes in international cricket