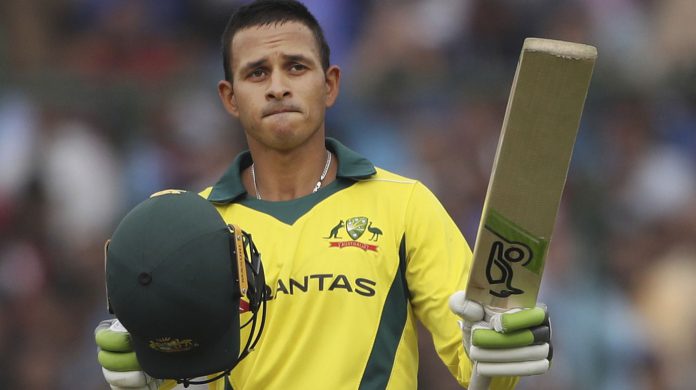 Happy Birthday Usman Khawaja: Usman Tariq Khawaja was born in Islamabad, Pakistan, on December 18, 1986. When he was 5 years old, his family moved to Australia. He is the first cricketer of Muslim descent to represent Australia in Test matches.

He made his first-class cricket debut in 2008 when he played for the New South Wales squad against Victoria. Khawaja made an impression during the Sheffield Shield competition in 2009–2010 by scoring three centuries. After that, in June 2010, Cricket Australia chose him for a tour of England to play Pakistan in a two-Test series.

Usman Khawaja a Pilot before Batsman

Before playing in his first Test, he earned a bachelor’s degree in aviation from the University of New South Wales. He is a licensed commercial and instrument-rated pilot. Before getting his driver’s license, he earned his basic pilot license.

Khawaja, a top-order left-handed batsman, represented Australia in the 2006 U-19 Cricket World Cup in Sri Lanka as an opening batsman. In 2005, he was named Player of the Australian Under-19 Championship.

For the New South Wales Blues, he made his first-class debut in 2008. He achieved a feat never before accomplished by an NSW player when he hit a back-to-back double century for the NSW Second XI in the same year.

Usman Khawaja was included in the Australian touring team for a two-Test series against Pakistan in England, according to a 22 June 2010 announcement by Cricket Australia. Presently in 2022, Khawaja has chosen to end his relationship with the Sydney Thunder, claiming “family concerns.”

Khawaja is the 419th Australian to get an Australian Cricket Test baggy green hat on January 3, 2011. Khawaja became the eighth foreign-born cricketer to play Test cricket for Australia in the previous 80 years and the first Muslim and Pakistani-born Australian player to do so.

On this special day of Usman Khawaja’s birthday let’s all together wish the Australian batsman a very happy birthday. Let’s hope that he gets all that he deserves and good wishes for his well-being and his family.