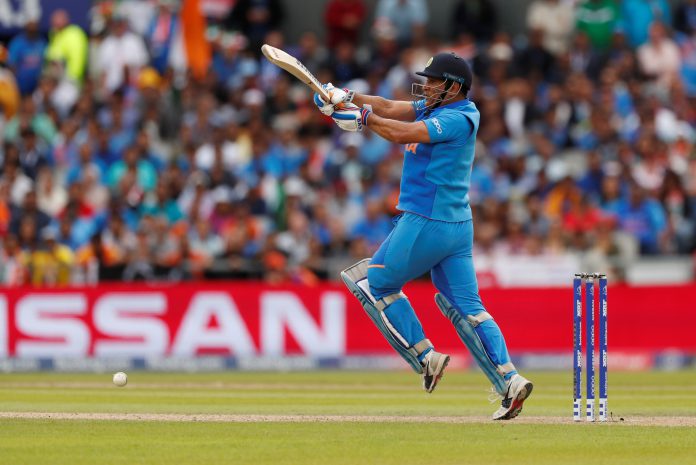 Mahi, Dhoni, GOAT, Thala, there are multiple names that his fans call him out of love. Mahender Singh Dhoni, the legendary Indian cricketer who was born in a remote town, in Ranchi, was destined to become one of the greatest players in contemporary cricket history. Mahi is celebrating his 41st today in England with friends and family.

The former India captain has had a successful career where he has won all the major ICC titles. He is recognized as the best finisher in the game and has decided games on his team’s behalf himself.

The career of “Captain Cool” with the Midas Touch has been full of adventure. Dhoni played 350 ODIs for India since making his debut in 2004. His best score was 183 against Sri Lanka.

Less than three years after making his international debut, MS Dhoni was named India’s captain to guide the team in the 2007 T20 World Cup. Dhoni went effortlessly into the position of “Captain Cool” from being a flashy hitter. He guided India to a number of victories in the following years, as well as stunning other teams and cricket fans with novel strategies.

India was successful in winning the 2007 T20 World Cup, the 2011 ODI World Cup, and the 2013 Champions Trophy when Dhoni served as captain. He is the first captain in history to have successfully steered his squad to victory in each of the three main ICC competitions.

The six he hit to end the game will live on in the minds of Indian cricket fans and all other cricket enthusiasts forever.

Dhoni, as the skipper for Chennai Super Kings, has led his team to victory 4 times in the history of the Indian Premier League. In one of the most memorable incidences, CSK defeated Kings XI Punjab by six wickets thanks to MS Dhoni’s heroics in the decisive over. Shaun Marsh’s outstanding performance in the first innings while batting allowed Punjab to score 192 runs. As they kept losing wickets in response, CSK found themselves in trouble.

The pressure was on the captain, who was standing in the crease. Irfan Pathan was in command with the ball and needed to score 16 runs in the last over. Captain Cool successfully completed the game with two balls remaining. His explosive innings of 54 runs off of just 29 pitches assisted CSI in catching KXIP’s 193 runs.

The first match that India played under MS Dhoni’s direction ended in a draw. A bowl-out would determine the game’s outcome. Virender Sehwag, Robin Uthappa, and Harbhajan Singh were the two unexpected picks made by MS Dhoni, while Pakistan supported its usual bowlers to remove the ball. In contrast to India’s bowlers, who made three straight strikes to win the game, Pakistan’s bowlers consistently missed the stumps.

Even though Dhoni was a rookie captain, the presence of prominent players on his team had little impact on him. Dhoni always hesitated to make risky decisions to carry out his plan, but he had a vision for his squad.

In 2008, young Dhoni made the decision to bench veterans like Sourav Ganguly and Rahul Dravid before the away tri-series matches against Australia and Sri Lanka. Experts originally expressed surprise at the choice because Ganguly and Dravid were two of the best batsmen in cricket’s 50-over format. Dhoni supported his decision and demonstrated success by leading India to its first-ever tri-series victory in Australia.

There is so much to discuss this ‘Master’ player. In August 2020, Dhoni made his retirement announcement which said, “Thanks a lot for your love and support throughout. From 1929 hours, consider me as retired.” The post had more than two crore views. But Mahi will never retire for his fans. He will always play an important part in Indian cricket.