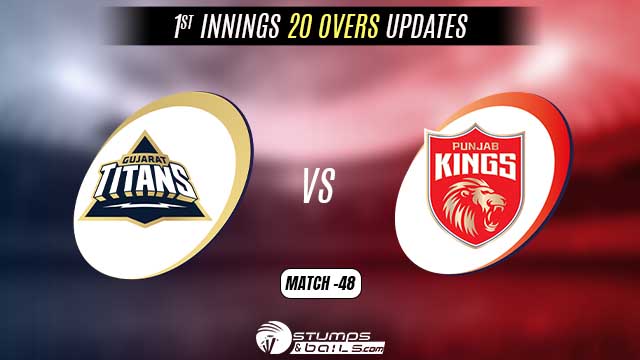 After the completion of 20 overs of the 48th match of IPL 2022, Gujarat Titans total is 143. In the first innings, Gujarat Titans managed to score 143 runs for the loss of 8 wickets.

In the last 10 overs, the Gujarat Titans batters somehow utilized the opportunity, conceding 81 runs. The batting team managed to hit more 11 fours and 2 sixes in 20 overs.

During the death overs, Gujarat Titans was able score 35 runs for the loss of 4 wickets. The highest partnership of the innings was between Sai Sudharsan and Rahul Tewatia who contributed 45 runs to the innings.

Kagiso Rabada bowled the 17th over of the game and took back-to-back 2 wickets while giving just 6 runs in the over. A total of 11 runs and a wicket came off the 18th over of the innings bowled by Arshdeep Singh.