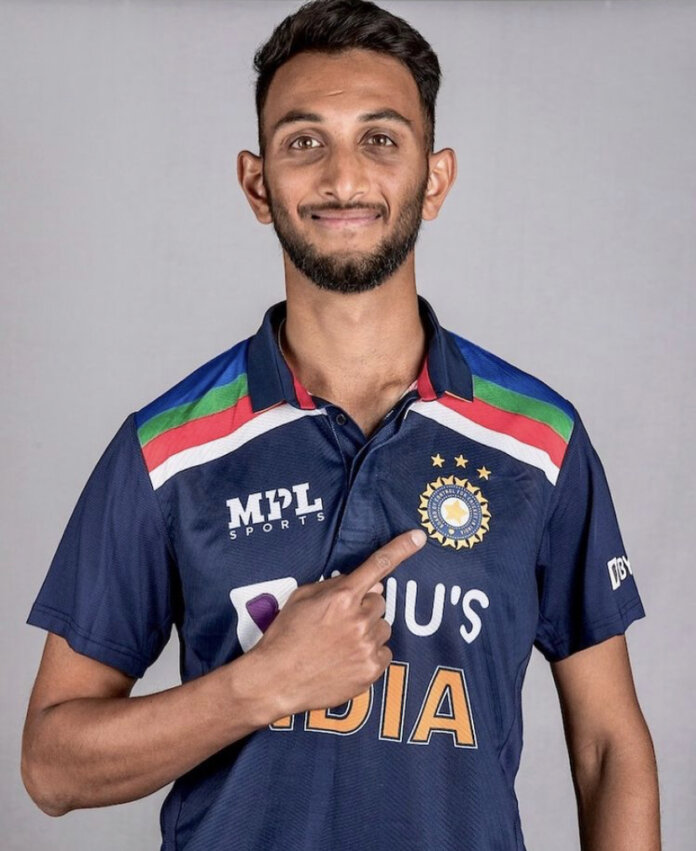 Former Australia pacer Glenn McGrath praised his MRF academy player, Prasidh Krishna, for his scintillating ODI debut for India against England on the MCA Stadium in Pune on March 23. Krishna was one of two debutants for India, with left-arm all-rounder Krunal Pandya being the opposite. It was another dazzling debut for an Indian player as pacer Prasidh Krishna, took four-wickets to help the team secure a 66-run victory on Tuesday.

Glenn McGrath had previously congratulated Prasidh on his selection in the Indian squad for the three-match ODI series against England and recently lauded his performance in the first ODI in MCA stadium in Pune. McGrath had worked on honing Prasidh’s skills at the MRF Pace Academy in Chennai back in 2017.

England had the match in hand but Prasidh managed to get the big guns of England as he accounted for Jason Roy, Ben Stokes, Sam Billings and Tom Curran, ending with figures of 4/54 in 8.1 overs. Prasidh Krishna had a troublesome initiation as Jason Roy and Jonny Bairstow went after him in his first 3 overs.

Prasidh Krishna Speaks About What He Learnt From Glenn McGrath

Speaking exclusively to Kolkata Knight Riders (KKR), the franchise he plays for in the Indian Premier League. The Karnataka pacer revealed how McGrath drilled into him the importance of sticking to a consistent line and length while bowling.

Prasidh Krishna said: “The difference he made was to bring in that aura of calmness and also he was very specific about the line and length concerning different pitches. He always spoke of being consistent. The first thing I picked from him was to remain in the present under all circumstances as it is the most important aspect for a bowler when you are playing a game,” Kolkata Knight Riders official website quoted Prasidh as saying on McGrath’s contribution to his career.

Prasidh is most likely to be seen in the second ODI tomorrow where England will try to win the match to get back in the ODI series.