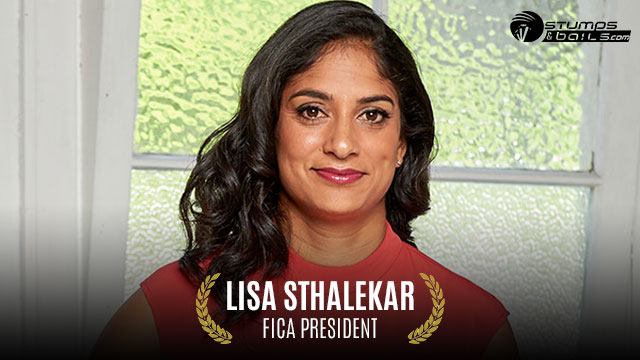 Former Australian cricketer Lisa Sthalekar has been elected as the first female president of the Federation of International Cricketers’ Association (FICA).

During a meeting of the FICA Executive Committee in Nyon, Switzerland, Sthalekar was appointed. Among individuals who have held the position are Vikram Solanki, Barry Richards, and Jimmy Adams.

She is the first woman to be appointed to the position

The 42-year-old was named at a FICA Executive Committee meeting in Nyon, Switzerland. Vikram Solanki, a former England batsman, will pass the baton to Sthalekar. Barry Richards, a former South African batsman, and Jimmy Adams, a former West Indies all-rounder, are among those who have previously held the position.

Sthalekar represented Australia in 187 international games. In 2007 and 2008, she received the Belinda Clarke Award, which is granted to Australia’s best female international player. She played a key role in Australia’s success in the 2010 T20 World Cup final.

“I am very glad and pleased to be FICA’s next president,” Sthalekar was reported as saying. “We are approaching a new era of the game, in which our male and female players will be exposed to more cricket than they have ever been exposed to before.” More countries are playing cricket, demonstrating that it is gradually becoming a global sport.”

“I look forward to working on behalf of our member players’ associations and players, and especially to working with the ICC to ensure that all players’ rights are protected and that we can work together with administrators to improve our game.”

It was the first time the Executive Committee met in person since the Covid-19 outbreak broke out. The group considered a number of player and game-related topics.

She was a vital player of the triumphant Australian squad in the 2005 ODI World Cup in South Africa and the 2010 Women’s T20 World Cup in the West Indies, in addition to the 2013 Women’s World Cup.

Lisa is also the delighted recipient of the renowned Belinda Clarke award for two consecutive years in 2007 and 2008.