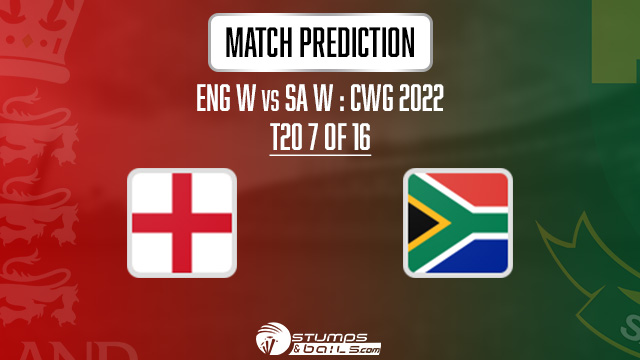 The Common Wealth Games 2022 is on and it is the first time that women’s cricket is being introduced in the games. The contest in both groups has gotten us all excited and we are all in for more games to make our bets on the teams that will reach the Semis.

England and South Africa will meet on 2nd August to play their 2nd match each. While England has already won a match previously, they’ll look to seal the place in Semis by winning another match against the tough team. South Africa, on the other hand, will be looking to clinch their first win of the tournament.

The Edgbaston surface has historically proven favorable for batting, and so far in T20Is at the stadium, the teams batting first have crushed the opposition. According to the venue’s past performances, the captain who chooses to bat first will do so.

What to expect in the middle?

England in recent times has played South Africa and is well aware of their bowling lineup. In the series, they completely outplayed their opponent scoring massive totals. Since the matches are being played in England we can expect the English team to be well adjusted to the conditions and score somewhere 150+ runs.

South Africa should try their best and try to contain the players. The proteas can score around a similar score. It will be a task for them if England is chasing. They should go for the chase if they win the toss.

The South Africa Women’s Team toured England in the past month and it was a one-sided contest where the hosts completely outplayed the visitors. They went on to score massive runs be it in T20Is or ODIs.

Coming into the contest, England has won the first match where they defeated Srilanka by 7 wickets with 25 balls to spare. On the other hand, South Africa lost to Newzealand by 5 wickets in their first match. It can be a close contest, but records and intuitions say, England are the favorites to win the match.