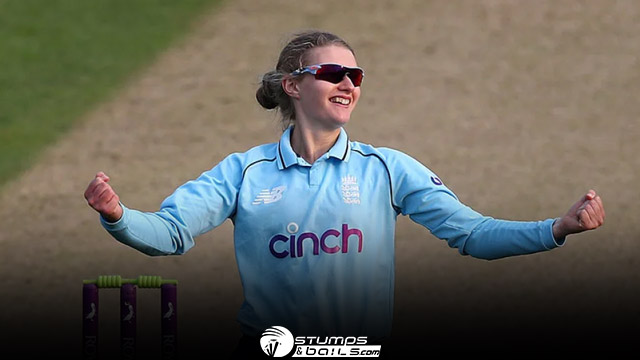 Emma Lamb has been given the opportunity to show England “what she’s got” by Lisa Keightley, who has put her in the running to open with Tammy Beaumont in next week’s one-off women’s Test against South Africa.

The England Women’s head coach, Keightley, included allrounder Lamb in a 13-player team for the Test, which begins next Monday in Taunton.

“Emma is incredibly exciting,” Keightley said. “She’s a young talent who has been in and around the system.” “I really believe it’s now or never for her to show us what she’s got.”

“She also offers spin and she’s great in the field so she gives us three facets, which is always good in a Test match. It’s pretty obvious that she’s going to potentially debut, we’ll prep her as best we can. She’s got really good performances in regional cricket and now it’s just moving up into the internationals and stamp her case on moving forward on why she should be an opener.”

Lamb made her international debut in the summer of 2021, playing her single T20I against New Zealand in September before appearing in two ODIs during the Ashes and World Cup this year.

With Lauren Winfield-Hill missing out on the Test squad due to a slump in form and Lamb named in a 16-player England Women’s A squad for a three-day match against South Africa starting on Tuesday at Arundel, Lamb looks set to partner Tammy Beaumont at the top of the order, having done so once during the Ashes.

Danni Wyatt, who has also opened with Beaumont in white-ball forms, has never played a Test match but has been picked in the A squad, which will be captained by Georgia Elwiss and will be coached by John Stanworth.”

Lamb, along with fellow allrounder Alice Davidson-Richards and seam bowlers Lauren Bell, Emily Arlott, and Freya Davies, is one of five players set to make their Test debuts after being included in the team.

Lamb has had a successful season for Thunder in the Charlotte Edwards Cup T20 tournament this year, scoring two fifties and 42 runs in six innings. She also got four wickets with her off breaks, which she bowled at 19.75 with a 5.26 economy rate.

Davies has seven ODIs and 17 T20Is under his belt and has been a part of England’s Ashes and World Cup campaigns this year, while Arlott and Bell have been on the outside of selection for the last year.

“Those two have had the ball and done what they do for over ten years,” Keightley remarked of Shrubsole and Brunt. “They’ve both had their ups and downs in terms of form over that voyage.” In general, they’re quite constant, and you always know what you’ll receive.