Sunrisers Eastern Cape vs Durban Super Giants is all set to lock horns in the 19th match of the South Africa T20 League at St George’s Park, Gqeberha, on Saturday.

Sunrisers are performing quite well in the recent games as they won their last three games and currently running on high confidence. While on the other hand, Durban Giants are coming from a back-to-back loss. Both teams are looking for a win and we predict some thrilling action tomorrow.

So this will be a star-studded match with some exciting players playing. Get ready for all the live action of the SA20 19th match between EAC vs DUR.

The Sunrisers Eastern Cape vs. Durban Super Giants match will be broadcast on the Sports 18 channel. You may watch the EAC vs. DUR match highlights here and on Hotstar after the game. The Stumps and Bails website also offers real-time updates and results.

You can also track live scores and updates on the Stumps and bails website as well.

Three games have been played on this level playing field two of those games were won by the team that batted first and one by the team that bowled first. This pitch received a 140 on a scale of 1 to 100. Both teams have strong starting lineups, thus we might expect a high-scoring game.

St. George’s Park in Gqeberha has pure air. According to the weather forecast, the weather will return to normal. A little breeze may be anticipated, and there are currently no prospects of rain.

You can find all the latest match updates on Sumps and Bails’s official Website in real-time. 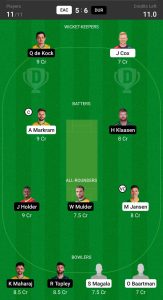 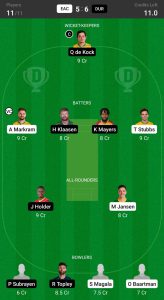 Top 5 Active Batsmen With Most Runs In A Test Series