Both the participating teams have already cemented their spot in the semi-final berth so the following game does not carry high-regards in the tournament’s point of view. However, the upcoming fixture will decide who will finish third and fourth on the points table, respectively.

Both the side have been visibly inconsistent in the tournament so far. Dubai have managed to clinch four games in the tournament and have failed to come up with the goods in the other five. They made a strong comeback after losing the first two games of the league to secure the semi-final spot.

As for Sharjah, they have won four games and faced defeat in as many. Their one game in the league ended in a no-result. The Sharjah-side has made things difficult for themselves with their inconsistency throughout the season. However, both the teams have a fair chance to settle their side with a win in the upcoming fixture before heading towards the crucial semi-finals. 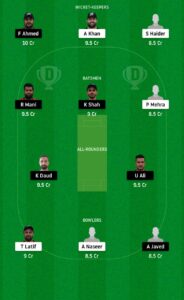 Our DUB vs SHA Dream11 prediction is that Dubai will win the clash.

Disclaimer: Please note that our Dream11 predictions are based on our own analysis and they do not promise fixed results.

5 Overseas Players Fans Are Excited To See In IPL 2022

5 Popular Indian Coaches Who Lasted Just For A Single Year