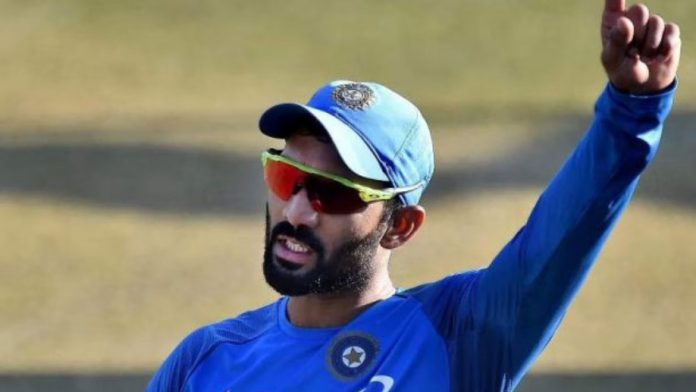 Veteran wicketkeeper-batter Dinesh Karthik, who was vital in India’s triumph against the West Indies in the first T20 international, said his ultimate goal is to lift the forthcoming T20 World Cup championship in Australia.

After almost three years, Karthik re-joined the Indian squad and has since played some meaningful innings. The right-hander kept his spot in the lineup after recording his first T20I half-century against South Africa.

Karthik once again prove his heroics in the important game against West Indies on Friday after the visitors batted first, India reached a strong 190 for six thanks in large part to Karthik’s breezy unbeaten innings of 41 off just 19 at the Brian Lara Stadium.

The stylish batter was named Player of the Match after India defeated the West Indies by 67 runs in the first T20I at the Brian Lara Stadium in Tarouba, Trinidad.

“These are small tick-boxes that we need to have at this point. But the ultimate goal is to do well in the T20 World Cup,” Karthik told teammate Ravichandran Ashwin on BCCI TV.

Dinesh Karthik claimed that the current Indian system is quite enjoyable for him. The seasoned player gave the team’s head coach Rahul Dravid and captain Rohit Sharma credit for fostering tranquillity.

The seasoned campaigner added that India is making plans with the upcoming T20 World Cup in Australia in mind.

The 37-year-old, who made his India debut back in 2004, was gushing about the Rohit Sharma-led Indian team.

“I think this is a very different team and I am enjoying this set up. There is a great sort of calmness that is around the captain and the coach, a lot of credit must go to them,” Karthik added.

Karthik has had an almost 19-year international career and was a member of the Indian teams that won the 2007 T20 World Cup and ICC Champions Trophy in 2013.

The second match of the 5-match series will take place at the Warner Park in St. Kitts on August 01.