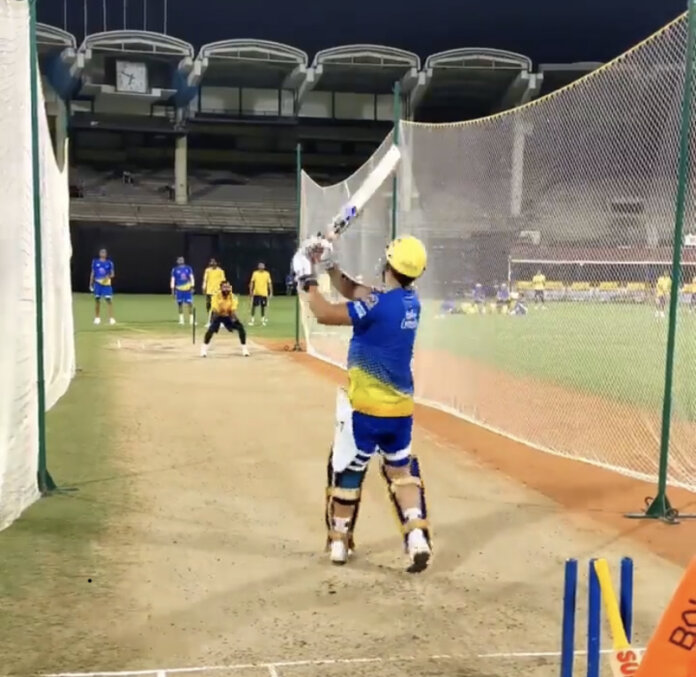 The Mahendra Singh Dhoni-led team began training at the MA Chidambaram stadium on March 8 which went on till Wednesday. Chennai Super Kings began their pre-season preparatory camp involving the available players at Chepauk, with skipper Dhoni leading the way. They will level up its preparations as it travels to Mumbai on Thursday, ahead of the 14th season of the Indian Premier League next month.

Mahendra Singh Dhoni & Co. Starts Their Training In Mumbai For A Complete Month

With the IPL 2021 schedule taking away-home advantage for all eight teams, Chennai will begin its campaign against Delhi Capitals in Mumbai and will be based there for a month.

“The players felt the fortnight-long camp was very beneficial. We also had four or five days of open nets,” CSK chief executive officer KS Viswanathan said. “After the previous season, Dhoni told us that he’d reach Chennai in March to prepare for the 2021 edition. True to his word, he was here,” the CEO added.

Chennai Super Kings experienced their worst season within the IPL in 2020. For the very first time, they did not qualify for the playoffs. Besides retaining Suresh Raina for the 2021 season, CSK had signed six players at the IPL auction last month. While England all-rounder Moeen Ali was roped in by CSK for INR 7 crore, off-spinner Krishnappa Gowtham joined CSK for INR 9.25 crore. Veteran Indian batsman Cheteshwar Pujara will also play for the Dhoni-led side in the next season of the IPL.

The new CSK jersey has three stars above their logo, which highlights the three IPL titles they have won over the years. All matches in IPL-14 will be played at neutral venues, with the playoffs and final scheduled in Ahmedabad between May 25 and 30.