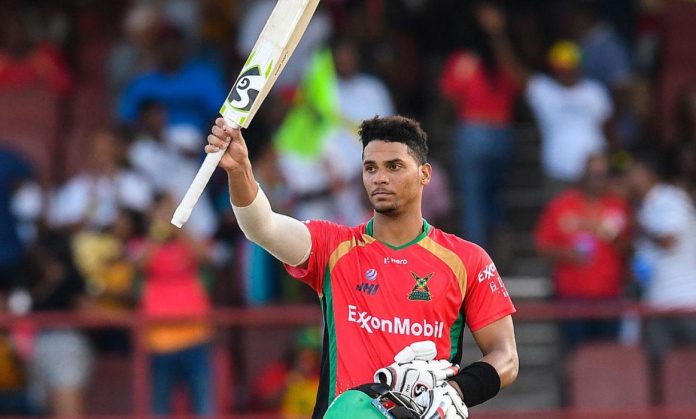 Guyana Vs Jamaica:  Brandon King gave a 360 degree performance en route to an exceptional century but Guyana pulled off a comprehensive 12-run win over Jamaica in the 25th match of the Caribbean Premiere League 2022.

King (104 off 66) kept Jamaica in the game with his solid effort but missed support from other batters while chasing the big target. Jamaica innings ended at 166 in 19.5 overs.

Earlier, Shai Hope made a sublime 60 off 45 balls as Guyana finish with modest total of 178 for eight.

Guyana Amazaon Warriors. Who was searching their second win of the series posted 178 on board while batting first.

The star of their innings was Shai Hope, who played a 60 runs knock to help his side set a decent total on board.

The run chase began with Jamaica slogging to 58 for three in 10 overs, which put them in a difficult position. The openers Kenner Lewis (13), Kirk McKenzie (15) were dismissed cheaply, while the skipper Rovman Powell went for four.

With Raymon Reifer (6 off 7), who primarily watched his partner’s brilliance for the majority of the partnership. Brandon King put Jamaica back in the game with a 54-run stand. As he frequently does, Kiing played with the opposing bowlers and carefully selected his shots all over the field.

He hit eight fours and seven sixes in his inning. King alone reduced the equation down to manageable 13 off last 4 before running out.

Then Jamaica lost their last 2 and faced a defeat by 12 runs.

With this victory, Guyana registered their second win in the tournament. They are currently sitting at the botton of the table with 5 points.