Umpires to Sport Deodorant Ads in One of a Kind ‘Armpit Advertising’ ... 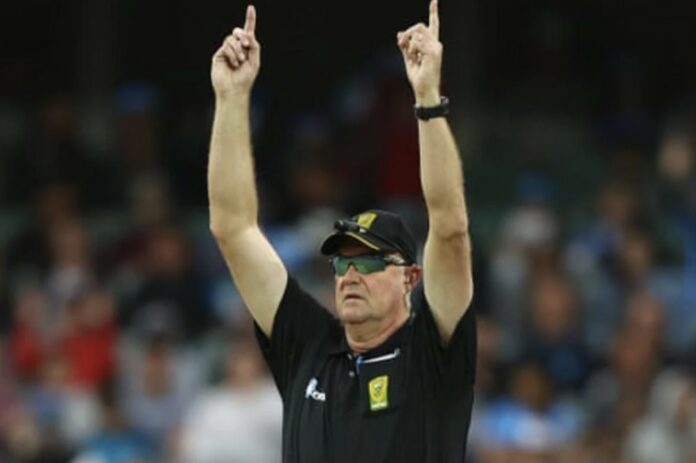 Cricket Australia are setting things on fire with their unusual approaches to the game of cricket in the past few months. CA first made headlines when they introduced three additional features in the latest season of the Big Bash League. The three new rules can change the dynamic of how the T20 tournament is played around the world. And now, Cricket Australia have found a very unique way of monetizing the league. Umpires in the Big Bash League will now advertise deodorant in their armpit.

Cricket Australia revealed their never-heard-before “armpit advertising” campaign on Thursday. Australia announced their new commercial tie-up with antiperspirant brand Rexona, which will see the umpires advertising the brand on their armpits. The deal will make the BBL umpires broadcast the deodorant brand under their arms which will be seen whenever the match officials will make any cricketing gestures: out, six, bye.

Unilever, which is Rexona’s parent company, are looking forward to the new stint. An official from Unilever stated that their partnership with Australia has now begun the new genre of deodorant advertising. Rexona and Cricket Australia have joined hands to come up with this quirky style of advertisement, as they are ready to set their foot in an uncharted territory.

CA said in a press release Rexona had “aligned with the BBL’s umpiring fraternity to protect them from countless hours spent in the summer heat”, although it is unclear whether umpires can be forced to wear the product themselves.

CA added the new advertisement system also aims to acknowledge the important role umpires play in Cricket. “Cricket is quite a serious game in some ways,” said Robin Canniford, a sports marketing academic at the University of Melbourne. “At the centre of that is the umpire. A good umpire will often go unnoticed – that is part of the key to the umpire’s craft.

“Putting a marketing stunt under their arm, while it’s humorous and clever, actually risks reducing the seriousness of somebody who actually has a very difficult job. Putting it under the arm is better than blazing it in neon lights, but as soon as a finger goes up, Rexona’s brand value is increased. That’s hardly a value-free action – wickets make money.”