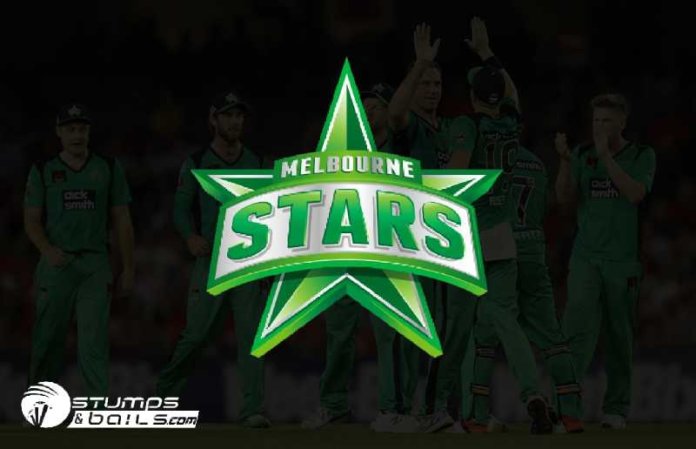 Big Bash League (BBL) is a Twenty20 Australian franchise that was started in 2011 by Cricket Australia. It features eight city-based franchises instead of the six state teams which had participated previously. It is sponsored by the KFC. BBL is played during December, January, February.

Melbourne Stars, one of the franchises among the eight in the BBL, is based in Melbourne, Victoria. It is home to the largest cricket stadium in Australia. Most of the BBL matches are played in this stadium. The Stars gave away what seemed to be a certain maiden Big Bash title with an extraordinary collapse. In a very galling manner, it came against their cross-town rivals.

With Stoinis and Handscomb seemingly out of favor, plus Maxwell and Maddinson facing mental health concerns, here are their star players.

Here Are The Players OF Melbourne Stars

An Australian allrounder, Stoinis might not have been picked for the start of the Australian summer, but his white-ball form has been outstanding in the Marsh One Day Cup where he scored an undefeated hundred and a score just shy of 50 as well as picking up a clutch of wickets. He batted in 42 innings and scored 1045 runs at an average of 96.9 with a strike rate of 126.97. On the other hand, he bowled in 33 innings and claimed 34 wickets. He got bought A$278,900.

Ben Dunk is an experienced campaigner who came to the Stars from the Adelaide Strikers, and he is a wicket-keeping allrounder known for his hard-hitting and tidy work behind the stumps. After a forgettable inaugural season where he scored 59 runs in 7 innings at 9.83, Dunk finally came into his own, scoring 395 runs in his break-through season, including a 96 against the Sydney Thunders. He played in 67 innings and scored 1518 runs at an average of 23.72 with a strike rate of 127.78. He was sold for A$100,900.

A player from Nepal, a right-arm leg-break bowler. He tasted success after a successful U-19 World T20 campaign in 2016 when he took 14 wickets including a 5-for against the clueless Irish batsmen. Lamichhane shone brightly in the WCL Championship as well. In 2018, he did well in the Division two tournaments ending up as the man of the tournament of the event in Namibia and taking his nation to the World Cup qualifiers for the second time in history. He bowled in 7 innings and claimed 11 wickets at 61.4 average. His bid amount was A$ 176,600.

The Melbourne Stars confirmed their first off-season signing, with Hilton Cartwright committing to the Club for a multi-year deal. The all-rounder makes his move from the Perth Scorchers where he made his KFC Big Bash League debut. In BBL, Cartwright played 31 Big Bash matches for the Scorchers, accumulating 455 runs including an unbeaten 65, his highest score, which came against the Sydney Thunders in BBL. He played in 28 innings and scored 455 runs at an average of 22.7 with a strike rate of 104.60. He was sold for A$65,400.

A left-handed batsman, he is one of the most hard-hitting and feared batsmen Down Under. Maddinson caught the eyes of the selectors on October 11, 2011, when he scored a hundred on debut for New South Wales. Since then, he has almost cemented his place in the side and has done very well at the top of the order. He has also represented Australia at the Under-19 level and was also part of its World Cup-winning squad in 2010. Maddinson has played for the Sydney Sixers and was a vital part of their side for a long time. He played in 65 innings and scored 1458 runs at an average of 23.52 with 129.95 strike rate. His bid was worth A$ 130,800.

He made a mark for himself on his Sheffield Shield debut for Victoria as an opening batsman in 2011-12 when he scored 71 runs against Queensland at The Gabba. Hanscomb’s knock of 113 at the Adelaide Oval in the 2012 domestic season, coupled with wicket-keeping responsibilities in the absence of Mathew Wade, the first choice keeper, bagged him a lucrative contract with the Big Bash League franchise, Melbourne Stars, for the 2012-13 season. He played in 36 innings and scored 646 runs at an average of 41.6 and 119.63 strike rate. His bid amount was A$119,600.

Nathan Mitchell Coulter-Nile is an Australian fast bowler, who represents Western Australia and Perth Scorchers in their domestic circuit. He started representing Western Australia at both U-17 and Under-19 level and in the 2003-04 National Under-17 championship, he took 4 wickets in 5 matches.

Maxwell was handed an ODI and T20I debut, owing to his consistent limited-over performances in the domestic circuit. He had some good all-round outings, playing the jack-of-all-trades role for Australia, including a 56 against Pakistan in his 2nd ODI. He was of Kings XI Punjab in IPL, in the 2014 edition, and struck form immediately, scoring 7 fifties in the tournament, including 3 scores in the nineties. He was fast becoming a nightmare for the captains in the IPL

Steyn made his Test debut in 2004, After a slew of impressive first-class performances, Steyn continued to be in the radar and made a comeback in 2006 for the home series against New Zealand. Wary of not getting another chance, Steyn made his mark immediately with a five-for in his first Test and bowled with more accuracy and vigor than the rookie 2 years earlier. He picked up 16 wickets in 3 Test matches

He joined the Melbourne stars ahead of season 9. this is going to be his debut match he got Bidded for A$ 169,000

After making headlines with his hat-trick in the Matador BBQs One-Day Cup, Zampa was sought after by several T20 franchises and got a transfer to the Melbourne Stars for the 2014/15 season. Zampa continued to impress with his cunning bowling in the shorter formats.

He currently plays in the Big Bash League for the Melbourne Stars and has the distinction of picking up 9 out of his 10 wickets against the Perth Scorchers. He only took the field once in the 6th edition of the BBL, taking 1/15 in the semi-final against the Perth Scorchers, which the Stars went on to lose. Nonetheless, barring fitness issues, he will continue to be a vital cog with the new ball for the Melbourne Stars in the Big Bash League.

The left-arm medium-fast bowler Coleman was hurried in as a replacement for the Melbourne Stars in the 6th edition of the Big Bash League and has been handed a full contract for the ongoing and upcoming editions. With a tall and burly frame, Coleman is an intimidating sight and will be on the threshold of a debut in the Big Bash League seasons

A right-hand batsman from Australian  He made his first-class debut for new south wales in 2016 he made his T-20 debut for the Sydney Sixers in the 2015-16 BBL He also represented Ireland in two List a game against Sri Lanka A in 2014.

Pat Brown, who made his England T20I debut against New Zealand on Friday, has signed up with the Melbourne Stars for the final eight games of the 2019-2020 Big Bash League. The right-arm pacer will replace Dale Steyn, who has signed for the first six games

This season is going to be his debut match he got Bidded for A$ 79,000

Having started off as a footballer, Sebastian Edward Gotch switched to cricket whilst in his early teens, and exhibited an aptitude for the game straightaway in junior cricket. He eventually paved his way through grade cricket and was eventually named the captain of the Australian U-19 side He soon made his debut in the 2016/17 season of the Big Bash League for the Melbourne Stars as well. His gritty 30 on debut was lauded even by purists because he played with the kind of grit that is seldom found in the modern T20 batsman.

He is a left-handed batsman and left-arm unorthodox bowler. Hinchliffe was in the cricket Australia squad for the2017-18 JTL one day cup. He took his career-best figures of 4/71 in the 11th match against NEW SOUTH WHALES in a 93-run loss. He played all six matches for Cricket Australia XI, scoring 150 runs and taking 6 wickets, the most wickets of anyone in the squad.

He is an Australian cricketer who plays as a bowling all-rounder, bowling right-arm leg-spin.

Jonathan Merlo is a genuine all-rounder who bats in the middle order. He is a clean striker of the cricket ball and a decent first change seamer. He is an asset in the field too. He might not be a finished product but his skillset are apt for T20 format and that is the reason, Melbourne Stars have handed him a contract for the Big Bash.

Twenty-year-old Western Australian Lance Morris has been named in a 13-man squad to take on Sydney Thunder in Canberra, picked alongside NSW batsman Nick Larkin. Morris is a raw right-arm who was handed a rookie contract with WA earlier this year and has already made a big impression on his state teammates.