Bangladesh Kings will play back-to-back games against Minhaj and Skyways on the same day. The Kings possess plenty of young talents in their squad. Shakil Miah and Sofiqul Islam will be the openers for Bangladesh Kings. Saqib Muhammad and Shahedur Rahman will remain the backbone of the side in the batting and the bowling department.

As for Skyways, they will be making their ECS debut. They will first face Raval Sporting before their clash against Bangladesh Kings. Zohaib Ashraf, Babar Ali, Adeel Shahzad, and Adeel Arif will be the key players in the Skyways squad. Both the teams will be furious to grab a win in the upcoming clash. 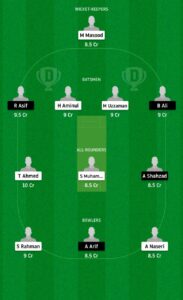 Our BAK vs SKY Dream11 match prediction is that Bangladesh Kings will win the match.