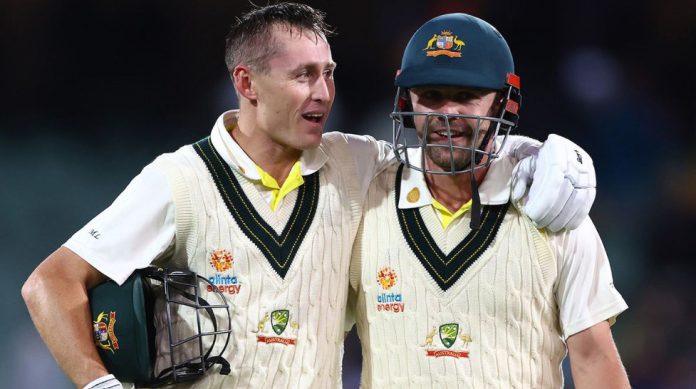 The second and last test between Australia and West Indies ends with host winning the match by a massive margin. Australia sealed the 4th biggest victory by 419 runs. Travis Head was declared the player of the match award.

AUS VS WI 2nd Test: How it Happened?

AUS vs WI: The Last Day

On Day 4, there were no shocks as Australia finished off the humiliation and maintained their undefeated home record in pink-ball matches. The only questions left today were how and when, as the outcome was essentially confirmed. Starc made sure that everything took place elegantly and deftly. West Indies continued to bat with 38 for 4 on Day 4. They almost lost all their batters early.

In the first innings, Australia continued their domination with the bat. Labuschagne yet again hit a 163. Travis Head hit 175 runs to overtake as the best batter of the game. Both of them helped Australia score 511/7. It was going to be a tough task for the West Indies to achieve.

The same happened, apart from effort from Tagenarine (47) and Anderson Philip (43), none of the batters could stay in the middle for long. Roston Chase did score 34 but there was no one on the other end to help him. The team got bundled for 214.

Following the plan from the first test, while they had a lead of 303, they came in to bat again. The team came and scored at a berserk speed. Batters came and hit. Almost all of them scored at a 100+ strike rate. Australia declared at 199 for 6.

With 500+ runs to chase, there was no show from Windies batters. The team failed miserably at the end of day 3. They already lost their 4 wickets at just 38. Fast bowlers did their work and it was everything Australia needed to win the match by a massive margin of 419 runs.

The focus would constantly be on how long rather than how far. The last ray of hope remained Thomas and Holder’s obstinate willingness to play the long game after West Indies lost their top 4 in yesterday’s final session. Although Mitch Starc didn’t quite have the rhythm he would have until the beginning of day 4, he was accurate straight away today. In just 4 overs, I picked up both of the overnight batsmen, and some Carey magic sealed Australia’s victory.

With the exception of Chanderpaul, the visitors had tremendous grit with the bat in Perth, but in Adelaide, they were barely recognisable. Compared to the first Test’s valiant batting performance, which lasted nearly 210 overs (both innings combined), their batsmen only lasted for 110 overs in both innings.