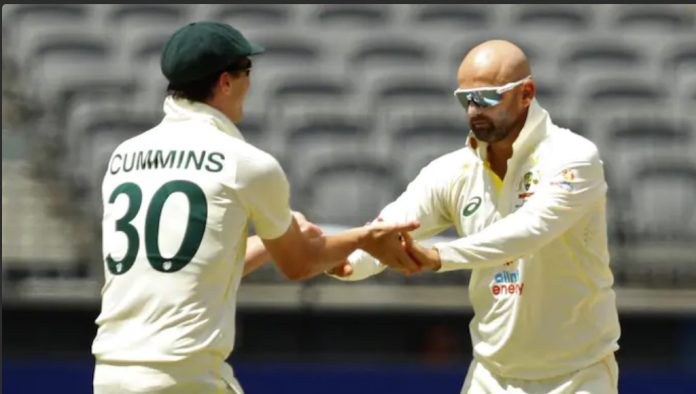 Lyon has now surpassed Ashwin’s record of 442 Test victories, taking 444 wickets overall. Prior to dismissing Kyle Mayers, the Australian off-spinner took the wicket of Jermaine Blackwood to tie Ashwin for the eighth-most wickets in Test history.

On Day 5 of the first Test against the West Indies in Perth on Sunday, Australia’s Nathan Lyon passed India’s Ravichandran Ashwin to become the eighth-highest wicket-taker in Test cricket. When Ashwin steps onto the field for India against Bangladesh in the first Test match. Which begins on December 14, he will have the opportunity to surpass Lyon.

Nathan Lyon stood up to the expectations

Nathan Lyon, who was Pat Cummins’ most seasoned bowler, was given the opportunity to exploit on Day 5 and stood up to the expectations of the skipper. The Windies captain was the most significant of the four wickets that fell during this session, and Lyon was perfect with his change of pace and length as well.

Although Lyon first gained notoriety for South Australia in T20. He has typically been viewed by national selectors as a Test-only prospect due to his limited batting. Which frequently makes him a difficult fit in the starting eleven.

Most Test cricket wickets for a spinner:

Australia is on track to defeat the West Indies in the Perth Test thanks to Lyon’s two strikes in the morning session. Kyle Mayers (10) and Kraigg Brathwaite (110) were both sent to the dugout by Lyon.

While Jason Holder was struck out by a pitch from Travis Head (3). West Indies need more than 226 runs to win the Perth Test. While Australia is now only 3 wickets away from a crushing victory.