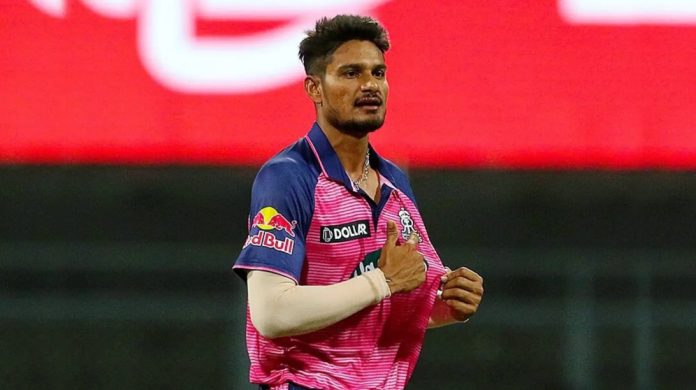 Probably it could be a bad time for India’s popular medium pacer, Deepak Chahar, to make a comeback into the team after going through tough injury recovery process.

The 30-year-old Chennai Super Kings (CSK) bowler returned back home after he was confined to bench during second ODI match against Zimbabwe. In the three-match ODI series, Team India sealed the series by 3-0.

It was during the second match, Chahar was replaced by Shardul Thakur, leaving the fans in awe for his unexpected rest. The new development in terms of Chahar’s exemption from the squad is coming up when India is prepping up for Asia Cup series in Dubai.

If the reports emerging from various news agencies are to be believed, Chahar is going to be replaced by Rajasthan Royals’ right-handed pacer, Kuldeep Sen.

In a report published by Dainik Bhaskar, the information about Kuldeep’s selection has come after his coach Aril Anthony revealed that Deepak Chahar will miss the tournament due to an injury.

“For this Kuldeep has got his maiden call to join the team,” the news agency quoted Anthony as saying.

The inclusion of Kuldeep Sen was also confirmed by his brother Jagdeep. “Kuldeep received a call from Chetan Sharma, the chief selector of BCCI, on August 22,” Jagdeep told the media.

Before Chahar,  Jasprit Bumrah and Harshal Patel were the other two prominent pacers who couldn’t make it to the Asia Cup squad due to injuries. India will start its campaign on August 28 against Pakistan. The match will be played at Dubai International stadium.

Kuldeep’s background: The 25-year-old pacer hails from Hariharpur of Rewa district in Madhya Pradesh. He proved his bowling skills during the 2022 IPL season where he represented Rajasthan Royals. His father Rampal Sen runs a small salon in the city.